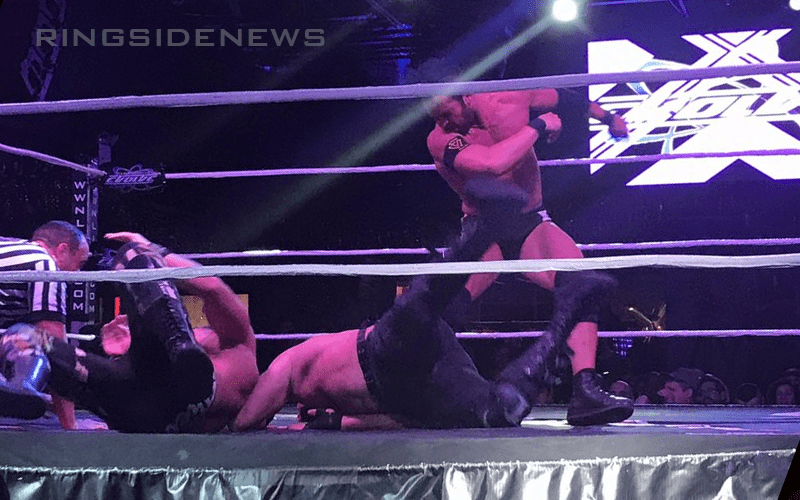 Plenty of people were surprised when Fabian Aichner won the EVOLVE Championship on October 28th. As an NXT Superstar, most people just thought he would take part in a match and not really win the title in another promotion, but those people assumed incorrectly.

Aichner put his EVOLVE Title on the line on Saturday night at EVOLVE 117 in a match against Austin Theory and Roderick Strong. After a pretty intense battle and some outside interference, Austin Theory ended up laying everyone he needed to out with a Superkick and he won the title. Then he dismissed Priscilla Kelly as his manager.

Theory is a guy WWE has looked at pretty heavily before. He was also at a WWE Performance Center tryout in September. It looks like he could very well be on his way to WWE if everything goes well for him. As of right now, he is enjoying his new reign as EVOLVE Champion.

Austin Theory has won the FIP World Heavyweight Champion and the WWN Championship in the past, but this marks the first time holding the top title for EVOLVE.

Needless to say, this could change up EVOLVE 118 in a big way as Aichner was set to defend his title against AR Fox. Now Austin Theory might have to wrestle the man who trained him to keep his title.