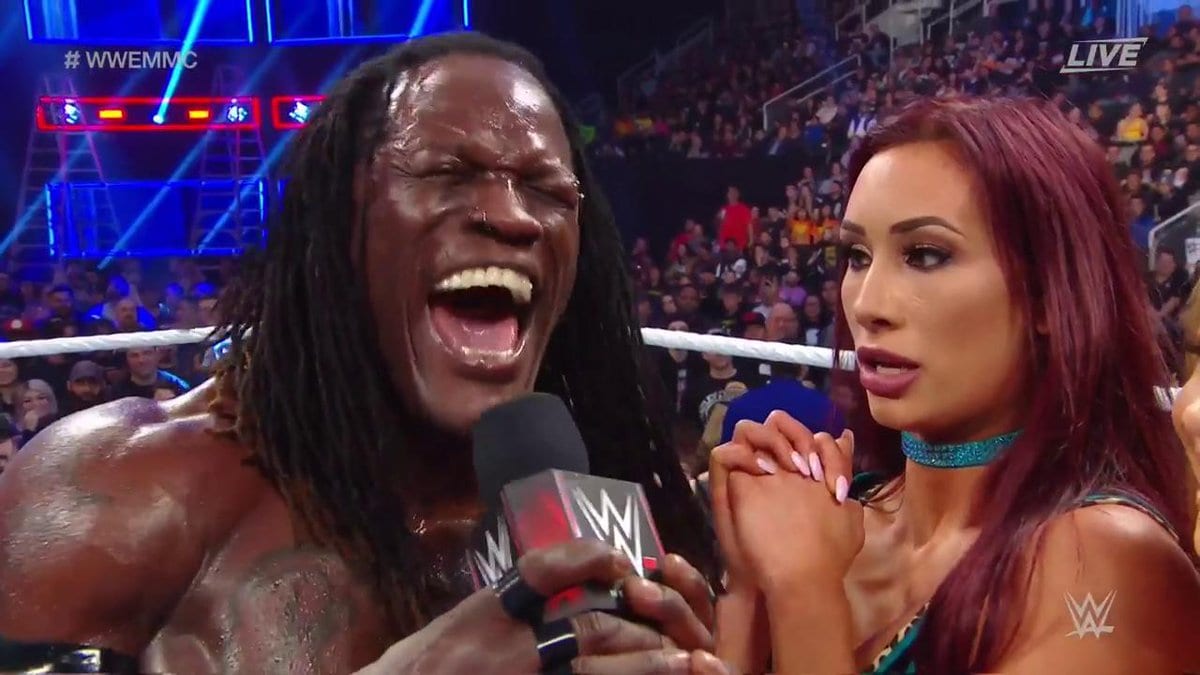 Carmella and R-Truth kicked off WWE TLC by winning over Jinder Mahal and Alicia Fox. It was a pretty fun match and the crowd got to pop when Mella and R-Truth won. Then R-Truth threw everyone for a loop when he decided that their tropical vacation would be WWE HQ in Stamford Connecticut.

Some fans were wondering why the season 2 of Mixed Match Challenge finale match was actually the first match on the WWE TLC card.

This match also aired on Facebook Watch because that is where the episodes initially aired during the show’s run. It was much easier for WWE and Facebook to coordinate having this match on Facebook Watch if they just booked it to open the event.

Otherwise, they would have needed to arrange something much more complicated later on. Therefore, the decision was likely made to just have the MMC finals first on WWE TLC for Facebook Watch.

…they're going to @WWE Headquarters in STAMFORD, CT! #WWETLC pic.twitter.com/kHZrBD1PIK