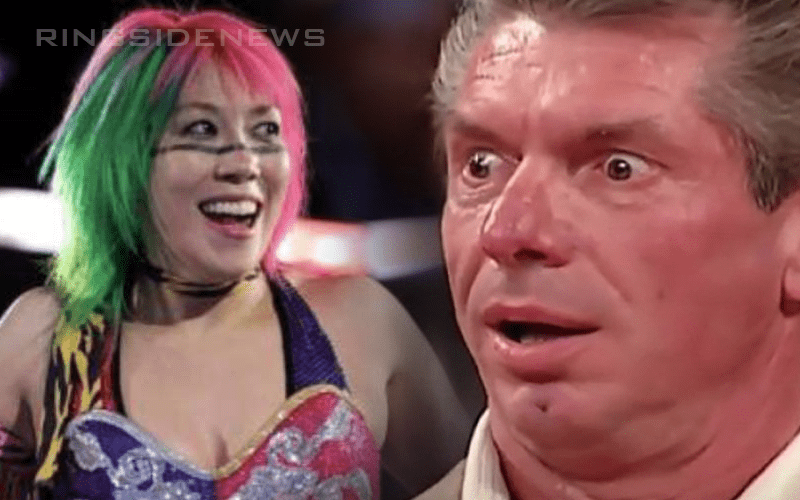 Asuka has a lot of upside to her. She’s not only amazing in the ring, but she is also incredibly marketable. Because kids love masks.

Her undefeated streak was something else as well until WrestleMania when she faced Charlotte Flair. Now it seems like Vince McMahon might finally be giving  Asuka another chance.

When Becky Lynch was picking her Survivor Series replacement, the crowd popped big time for The Empress Of Tomorrow when Lynch got to her. So Becky picked Charlotte Flair to face Ronda Rousey instead.

Fightful reports that Vince McMahon was not only surprised by the reaction Asuka received, but he also commented that “nothing compared to hers.” This is likely why Asuka is in the WWE TLC match which should headline the entire night.

It will be very interesting to see how they deal with Asuka’s push this time around.