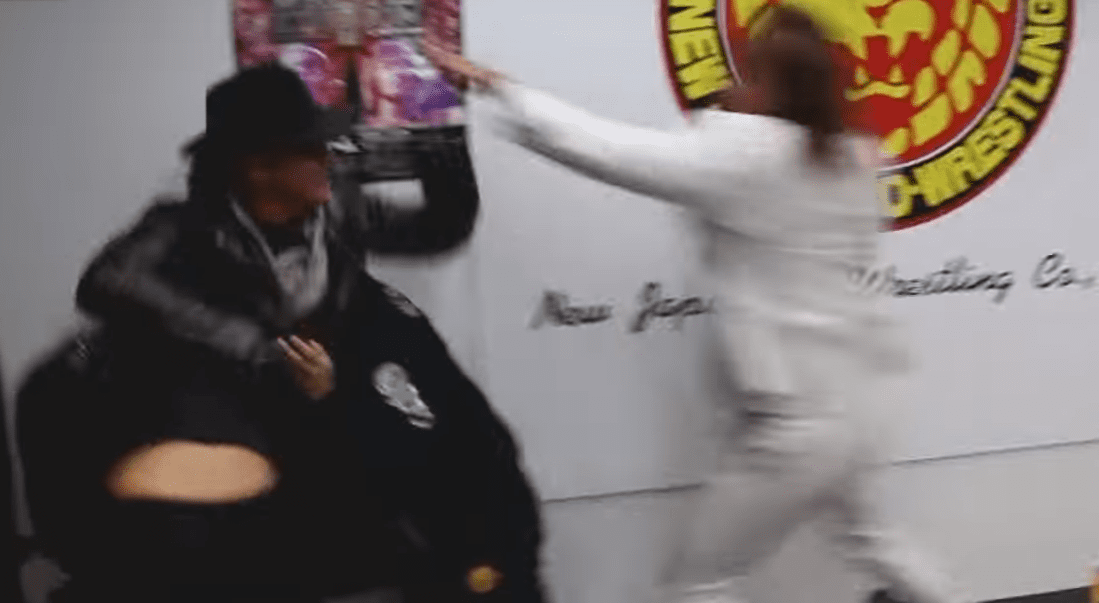 Tetsuya Naito has never been in WWE before and you can tell because he doesn’t know how to pull off a proper pull-apart brawl at all.

During a recent NJPW press conference to hype their upcoming Wrestle Kingdom match, Chris Jericho was in full-on R-rated heel mode as he dropped the F-bomb and called Naito stupid. Then Tetsuya spit water in Y2J’s face which caused a brawl to break out… sort of.

Security was right on Jericho and held him back. Chris was doing his job and selling his rage, but nobody was holding Naito back because he was just standing there.

This might have just been his character, either way, Tetsuya Naito obviously didn’t want to get his hands dirty until the Tokyo Dome.