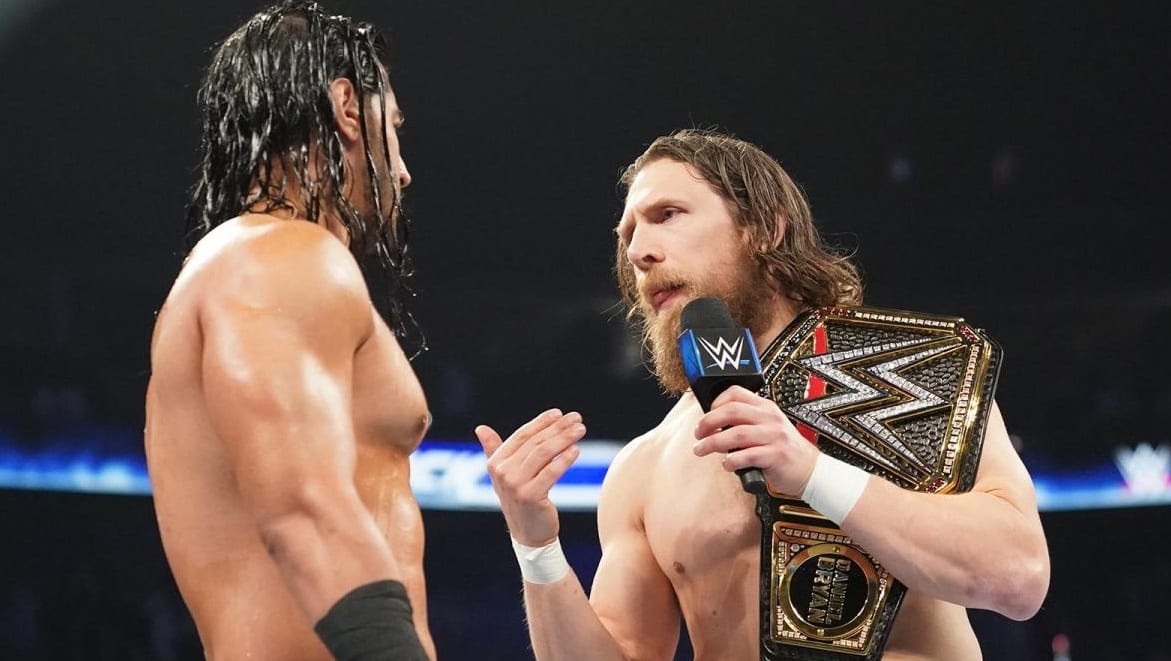 Mustafa Ali was a surprising name to be announced as Daniel Bryan’s opponent for the go-home SmackDown Live before WWE TLC. It happened, and plenty of people have praised Ali including his 205 Live co-workers.

Not only that, but WWE Superstars also lined the hallway to put over Mustafa Ali leading us to wonder what WWE’s intention for this sudden push was. The biggest question we have is why Ali didn’t come out with his glowing entrance gear on because that would have put him over big time.

WWE could just want more attention to 205 Live. It looks like 205 Live will remain not live and on Wednesday nights at this point as well. So it’s nice that WWE is letting those guys get some attention.

WWE recently put out a poll asking fans who they wanted to see Daniel Bryan face next from the Cruiserweight Division. Buddy Murphy is currently leading with around 30% of the votes with Cedric Alexander, Hideo Itami, The Brian Kendrick, Drew Gulak, and Jack Gallagher trailing behind him in that order.

Bryan has actually wrestled a couple of those guys before and Itami actually busted Daniel’s eardrum during a match many years ago. It would be interesting to see if The New Daniel Bryan’s run as WWE Champion could be an excuse to let us see a bunch of dream matches for Bryan that we might not have otherwise been able to see again.