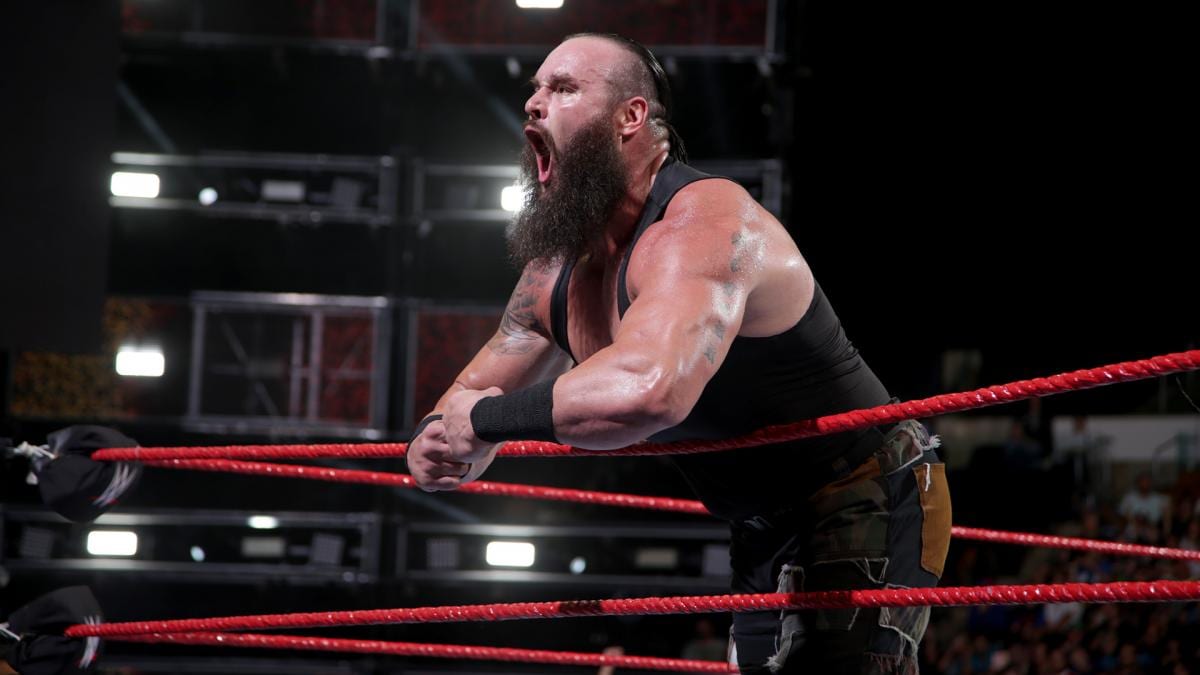 Braun Strowman’s elbow injury required surgery which wrote him out of the storyline for a bit. He’s been working hard at recovering ever since he woke up out of surgery and The Monster Among Men has his target on Baron Corbin at WWE TLC. this Sunday.

It’s doubtful that Braun Strowman will be permitted to do much at this Sunday’s San Jose event. Don’t count WWE out when it comes to hiding someone’s injury. After all, Vince McMahon and his crew are great at working around a problem.

Bryan Alvarez mentioned Braun Strowman’s status on Wrestling Observer Live. He stated that the story is Strowman will be at WWE TLC. He might not be doing much, but he’s surprised us before. Another interesting note is how his match against Baron Corbin might end because there is a lot of the line for both involved and Kurt Angle will be in town the next night. It could provide an excellent opportunity for the WWE Hall Of Famer to return and resume his duties of General Manager of Raw after a vacation.

“As far as I know as of yesterday, Braun is on the show. He is working TLC. I don’t know what he’s going to be doing. I don’t think he’s gonna do a long TLC match, but Braun is going to be on the show and he may win, he may not win.”

“The story is that Kurt Angle is going to be at Raw on Monday and Kurt Angle, of course, was sent home. So if Baron Corbin loses, I mean, Kurt Angle would be a fine replacement. I know that a lot of people including myself think there’s a decent chance Baron Corbin is going to win that match and they’ll have to do a bunch of storylines leading to Braun actually getting a shot against Brock. They got six weeks after the pay-per-view. They’ve got plenty of time, but as we’ve noted in the past during the two-week Christmasy period, they could very easily have Kurt Angle come back as GM, have two weeks of fairly happy shows, and then build the heat up back in January.”

Only time will tell how WWE will handle this situation, but Braun Strowman might not want to risk too much exertion after his surgery. He only had bone spurs which needed to be taken care of and recovery time is typically very good for that kind of procedure. However, a recent video he uploaded shows that the actual wound might not have even fully closed up just yet.

WWE TLC is likely to be a very violent night full of Christmas cheer. WWE loves giving their audiences presents and then taking them away like Vince McMahon is some kind of Grinch. However, Braun Strowman will be at WWE TLC, the only question is exactly what he’ll be doing.