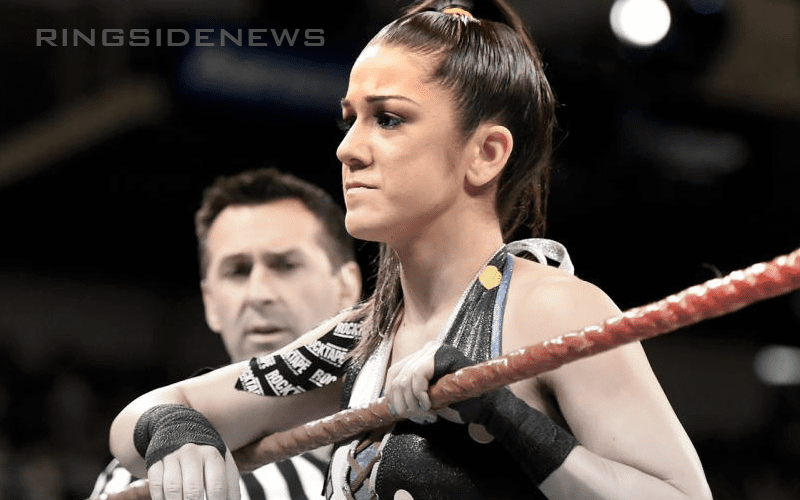 Finn Balor was pulled from a WWE tour of South America recently and then he was taken out of the WWE Mixed Match Challenge due to illness. At the same time, he was booked for a match against Drew McIntyre at WWE TLC.

The fact that Balor was pulled from the MMC might cause some fans to think that WWE didn’t want him to work double-duty during the event. However, The Wrestling Observer Newsletter mentioned something very interesting about the reason why his team would have likely lost anyway.

WWE TLC is in San Jose, California this Sunday which is Bayley’s hometown. Since losing the WWE Mixed Match Challenge match, it looks like The Hugger is off of the card now.

It was noted that Bayley and Balor were expected to lose their match because they didn’t want Bayley competing in her hometown because that would have gotten over with the fans. It’s interesting that WWE didn’t just book Apollo Crews to assist Bayley in winning anyway, but that’s Vince McMahon for you.