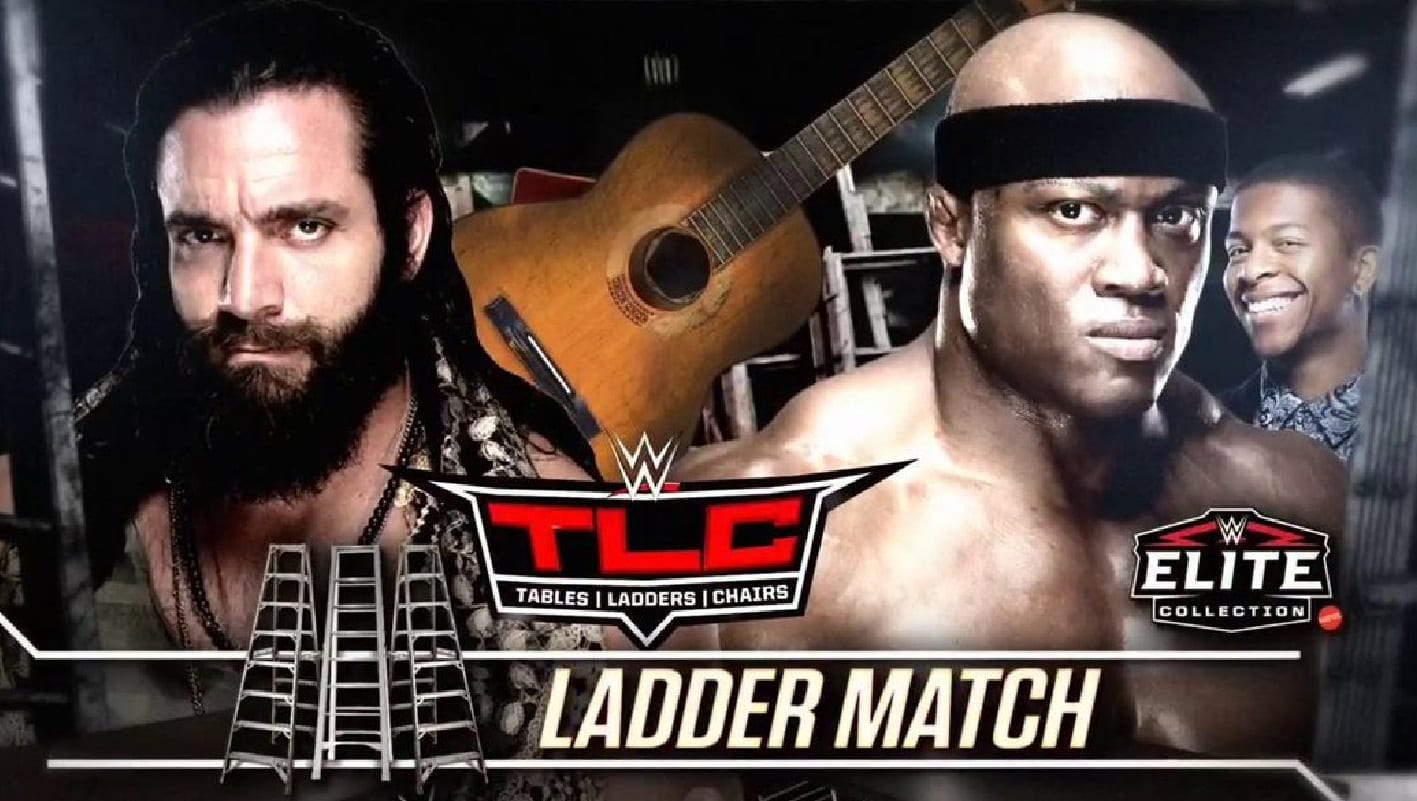 Elias used to be called The Drifter, for that matter he used to be called Elias Samson too, but he’s always had his guitar. It seems Elias’ instrument of choice has become something that WWE has been bringing into the picture as a weapon even more in his feud with Bobby Lashley.

WWE booked a ladder match at WWE TLC between Elias and Bobby Lashley. The match has another special stipulation as well because there will be a guitar on top of the ladder suspended above the ring.

The match won’t be over when someone gets to the guitar though. Dave Meltzer noted in the Wrestling Observer Newsletter, that match will end in pinfall or presumably submission. The only stipulation is that the guitar will be in play once someone gets to it.

Of course, just because you get to the weapon first doesn’t mean you’ll get to use it which has played out many times before in WWE history. We’ll just have to wait and see how WWE books this one.