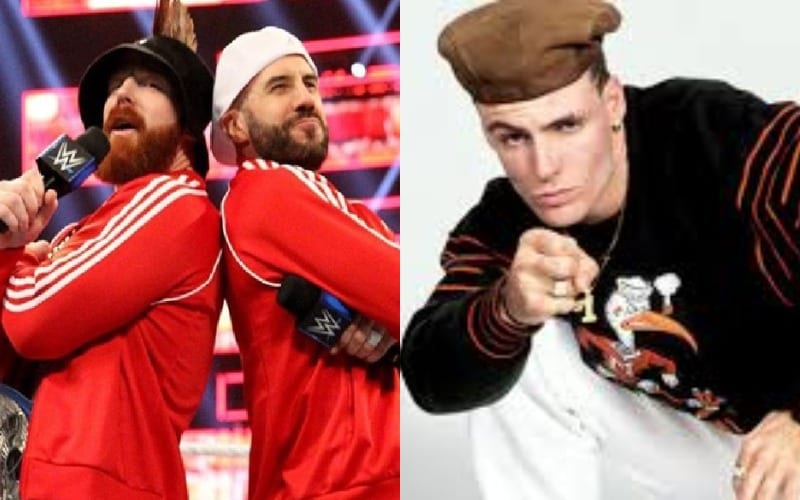 This might be one of the best mashups we’ve heard in a while. On WWE SmackDown Live this week, The Bar and The Usos had a rap battle. It was what it was, but it also prompted a response from Vanilla Ice in the process.

The Bar performed a song called “Ice, Ice, Sheamy” which was a parody of Vanilla Ice’s 1990 megahit.

Someone decided to lay “Ice, Ice, Baby” over “Ice, Ice, Sheamy” and it’s something that has made us all so very happy and we wanted to share.

So far fans seem to all for “Ice, Ice, Sheamy” which makes us wonder if there could be more of these on the way. Will the real slim Sheamy please stand up? That’s all I’m saying.