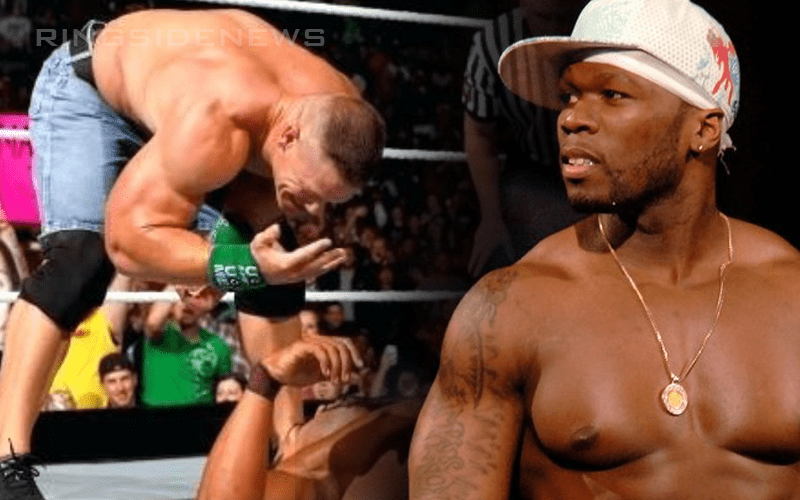 16-time World Champion John Cena was recently interviewed on The Graham Norton Show in the promotion of the release of Bumblebee. During his interview with Norton, Cena was asked where the “You can’t see me” catchphrase he popularized originally came from.

Cena revealed that his catchphrase was actually inspired by a dance showcased in the music video for In Da Club by 50 Cent. Of course, Cena threw his own spin on it, but he did take inspiration from the iconic rapper.

Cena explained to Norton that his brother had imitated the dance from the music video, where Tony Yayo bops his head with his hand in front of his face. While Cena was working on his theme music, his brother would keep dancing and Cena opted to incorporate his own spin on the dance move.

You can observe the dance move in the video at around 3:50:

Has any dance move ever inspired you? Did you ever guess Cena took inspiration from 50 Cent? Let us know your thoughts, opinions, and reactions in those comments below.