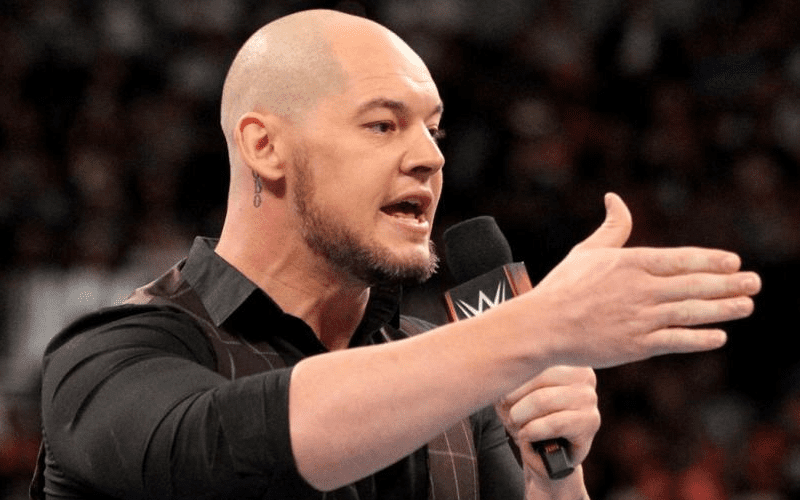 Temporary RAW General Manager Baron Corbin was interviewed by Booker T for his Heated Conversations podcast where he addressed how toxic social media has become. Corbin explains that social media is a necessity for wrestlers, but anyone that glances through their Twitter accounts primarily just see negativity.

In a world that is consistently becoming more reliable on being digital, the majority of wrestlers from the past, the present, and the future create accounts to interact with and make more fans while they advertise matches and appearances, promoting their own brand.

Here is what Corbin had to say:

“It gives a bunch of idiots, in reality, an opinion and they don’t know how to express it appropriately. The language, the insults, all of those things, and it just makes the world seem so unhappy. If you read the Twitter feed, it seems like everyone in the entire world is beyond miserable. But, I think now, unfortunately, it’s a necessity. It’s a form of exposure and advertisement. My Instagram, my Twitter, is a form of advertisement for my business and what I do. Yeah, my brand. It is, but it is crazy how negative it is to everything!

“I was telling somebody when I was coming out of the car that 20 people could say, ‘Baron Corbin should wear a red shirt tonight on RAW!’ and if I wore a red shirt, those same 20 people are like, ‘he looks terrible! It should’ve been blue!’ There’s no pleasing it and I think [social media] just gives people a place to say what they want because there are no repercussions for their actions.. If you took all these people that said all these things to me [on the internet] and put them in front of me, their attitude changes so fast.

“Just because [Twitter fans] are the loudest, it doesn’t mean they’re the majority.”

It is also through social media platforms such as Twitter that fan movements have been created. There have been many positive and negative reactions that have caught on over the years. Some of these include the #GiveDivasAChance hashtag, the reaction to Becky Lynch being injured at the fist of Nia Jax, and the reaction to WWE going to Saudi Arabia.

Where do you stand on the argument of social media use? Do you agree with Corbin? Let us know your thoughts, opinions, and reactions in those comments down below.