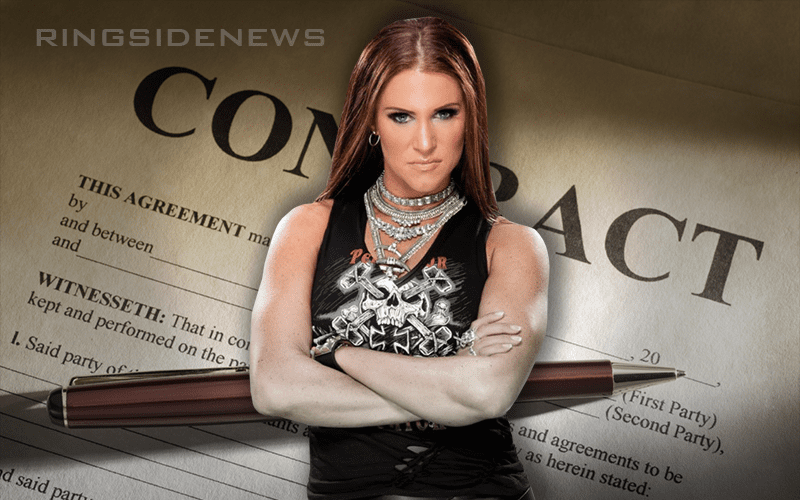 Stephanie McMahon is WWE’s Chief Brand Ambassador which means she travels around as the face of WWE in all sorts of settings. She is poised, smiling, well spoken, and knows what the company’s viewpoint is about everything. She is also a hated heel on television running Monday Night RAW as the current Commissioner. Therefore she is working under two separate contracts with WWE.

One of Stephanie McMahon’s contracts is set to expire eventually. It’s unknown about her security in WWE’s corporate structure, although if I were a betting man that’s pretty safe.

Fightful reports that Stephanie McMahon’s current talent contract is set to expire on October 7th, 2019. This is very interesting timing seeing how WWE’s new deal with Fox Sports kicks off in October 2019, but that’s the date her contract is reportedly set to end.

It will be interesting to see if Steph gets a little bump in pay with this new television deal if she re-signs with the company she’s been with since graduating from Boston University with a communications degree.

Of course, this contract is only as an on-air talent, but it’s the television deal from Fox that’s going to be bringing in another $1 billion to her father’s company for the next five years. We will just have to wait and see what happens next.