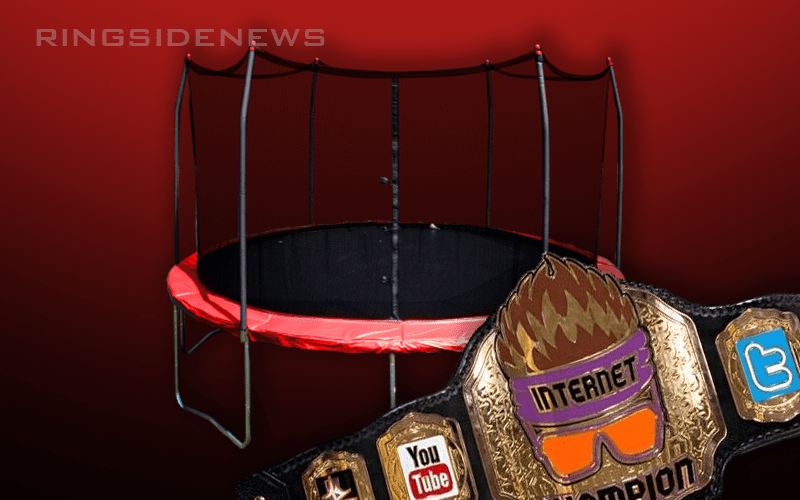 Zack Ryder is the current WWE Internet Champion because it’s kind of a defunct title. Then again, you never know when a championship could get dusted off and brought back to life.

One fan asked Zack Ryder who is one person he didn’t get to wrestle this year, but he wants to. It didn’t take Ryder long to reply “That Oney Rules Guy” referring to Oney Lorcan. This started a pretty entertaining back and forth that could result in the match of the century.

Oney responded by putting up a picture of Ryder’s WWE Internet Title and Zack quickly informed Lorcan that this was a fan-made title and not the real one. Ryder knows everything there is to know about action figures and titles, after all.

Then Ryder put up a graphic saying “World Trampoline Wrestling.” So it looks like a backyard trampoline match for the WWE Internet Championship could be a possibility.

It takes far less social media banter to book a match for RAW after all. So let’s just assume this one is going to happen which means I need to know how to buy a ticket.

That’s actually a pic of a fan made Internet title. Not the real deal official one. 💋