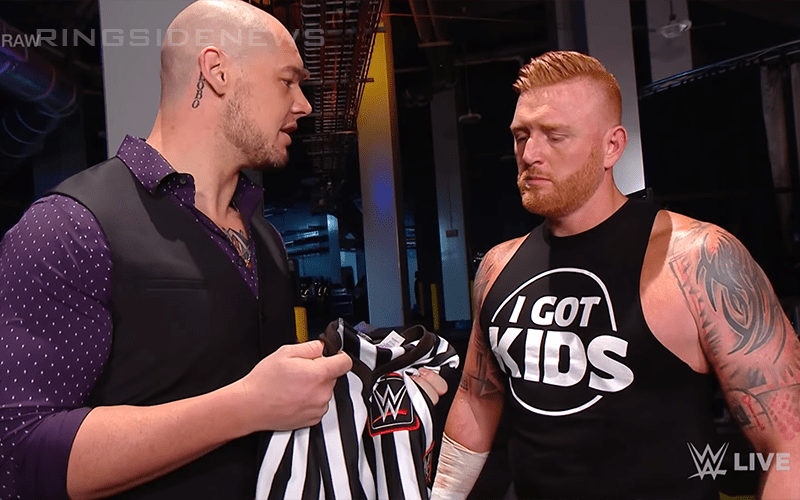 WWE teased in the preview for this upcoming episode of RAW that Heath Slater, who was demoted from an active RAW Superstar to a referee, that he could be officiating his first match on Monday’s show.

Thanks to a cruel stipulation ordered by Raw “General Manager-Elect” Baron Corbin, Heath Slater defeated Rhyno to keep his job on the red brand, leading to the firing of his longtime friend. As Rhyno departed Raw for the last time, Slater was approached by Corbin, who informed the saddened Superstar that he would stay on Team Red not as a Superstar, but as a referee. Clearly, this didn’t sit well with The One-Man Band, but a job is a job. He’s got kids, after all.

Will we see Slater officiate his first match?