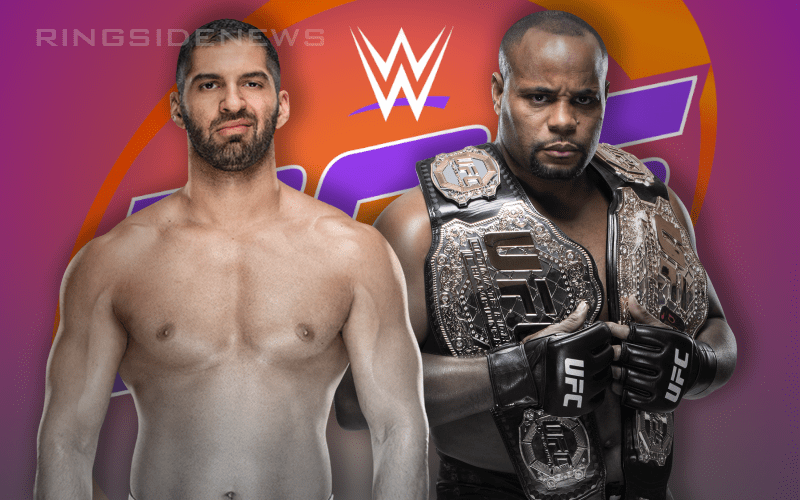 Daniel Cormier is currently dealing with an injury so he doesn’t have a fight on the UFC schedule. Neither does Brock Lesnar as he runs out his USADA suspension. However, one WWE 205 Live Superstar would be happy to fight DC at 205.

During a press conference, Dana White was asked about Brock Lesnar’s status as well as Daniel Cormier’s condition. He commented how he doesn’t really know in a roundabout about way.

“I don’t know what Brock’s doing. But if Daniel [Cormier] starts to get better then we’ll start looking at dates that Cormier might defend his title. I’ll be calling Brock or somebody at 205 because Daniel told me he still wants to fight at 205. He wants to fight there.”

It didn’t take long for 205 Live star Ariya Daivari to volunteer to fight Daniel Cormier. He also tagged Gentleman Jack Gallagher as well which could be an interesting fight.

It’s not likely that DC will ever fight or wrestle in WWE, but you never know what will happen when Vince McMahon breaks out his checkbook. Cormier is, however, likely to end up in WWE eventually as a commentator, but 205 Live could really use his star power as well. So we’ll just have to wait and see if he takes Daivari up on the offer.