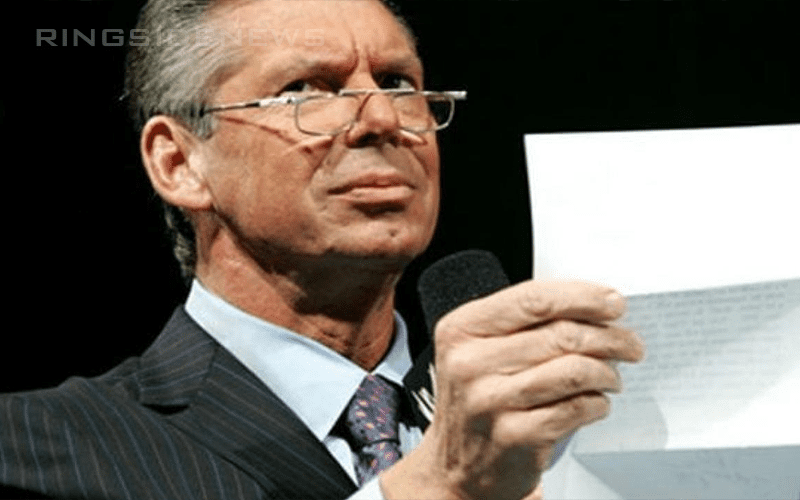 WWE Raw is a live broadcast where anything can happen. This also applies to anything taking place behind the scenes as well. Because in the end, it’s Vince McMahon’s show and he has the ultimate say-so about what happens every Monday night.

Dave Meltzer noted on Wrestling Observer Radio that plans for Raw needed to be changed this week at the last minute once again. This time it was because Vince McMahon showed up late and arrived with a different philosophy in mind considering the current climate after President George H. W. Bush’s passing.

“Like last week, this weeks’ Raw was completely re-written by Vince at the last minute. He didn’t even show up until 3:30 because he was visiting with his mom. So he got there at 3:30 central time so the show would start at 7:00 pm central time. So he got there three and a half hours before the show and he shows up and basic gist of everything is that his feeling was that, ‘We’re in Houston Texas, President Bush just died and people are gonna be in a somber mood so we’re gonna have to make them happy.'”

“So that’s why Finn Balor did what he did […] he got to win his match. Ronda Rousey stood tall at the end of the show. He made whole-scale changes from what the original script was for more happiness.”

“I was just told that babyfaces did much better because Vince felt they had to do it that night and just felt you know, he had to give the people a show they would go home happy on because he just expected that those people were going through a tough time with Bush passing away.”

It’s hard to believe that Vince McMahon would pick last Monday to be concerned about making Raw a happy program, but that is apparently what happened. Meltzer said he didn’t know if Dolph Ziggler defeating Drew McIntyre was one of the plans that changed, but it would fall in line with “more happiness” to a certain extent.

Only time will tell what might cause Vince McMahon to change his mind next time. Hopefully, he will start thinking about the fans’ happiness on a more regular basis, but it still didn’t help the ratings for the show as the first hour broke a new record low for the company.