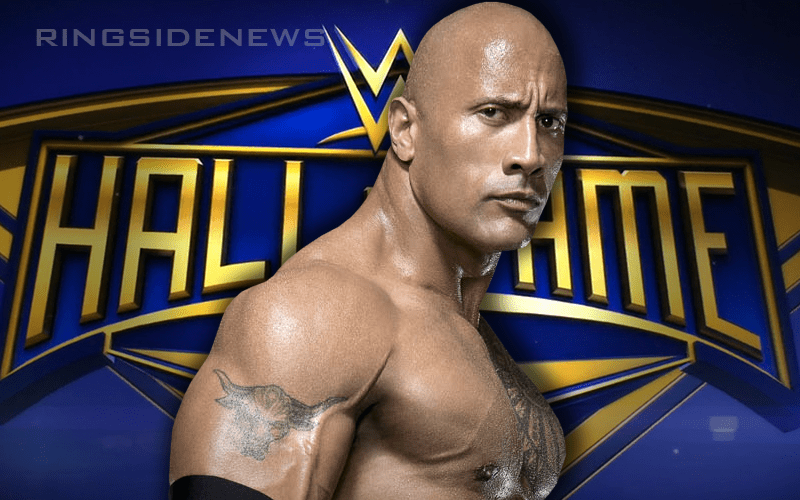 WWE has a lot of options about who they can to bring into the WWE Hall Of Fame, but every year they need a big name to draw people in. Therefore, Vince McMahon needs a high-profile face that is going to not only draw attention but create a buzz as well. At this point, there doesn’t seem to be a better option than The Rock.

Dwayne Johnson hasn’t wrestled for WWE since WrestleMania 29 unless you count the Erick Rowan squash at WrestleMania 32. His blockbuster Hollywood status made him a household name all over the world in the meantime. This is why he is a shoo-in for the WWE Hall Of Fame, especially considering all he was able to accomplish in the squared circle during his various runs with the company as an eight-time WWE Heavyweight Champion.

WWE is trying something new out when it comes to WrestleMania week this year. They are swapping the WWE Hall Of Fame induction ceremony and the NXT TakeOver: New York event. TakeOver events are traditionally held on Saturdays before WWE pay-per-views. This has caused some people to think that WWE made this switch as a way of avoiding competition from the already sold out ROH/NJPW G1 Event at Madison Square Garden.

Dave Meltzer said in the Wrestling Observer Newsletter that if The Rock agreed to accept an induction into the WWE Hall Of Fame this year then it could have caused WWE to switch the HOF and NXT TakeOver: New York events. This would apply if The Great One couldn’t make it to New York on any other day except that Saturday.

It was also noted that if WWE doesn’t have The Rock as a HOF inductee this year, then their WrestleMania weekend changes were certainly due to the fact that they didn’t want the competition of running TakeOver in the same city and night as the big sold-out MSG event.