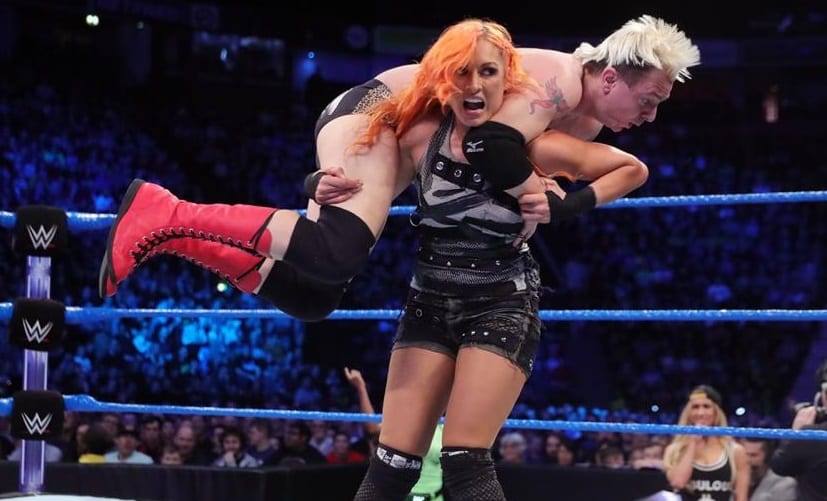 WWE is one of the only pro wrestling companies in the world where you are almost guaranteed to not see any kind of direct men on women violence. Sure, a woman can slap a man, but not the other way around. On that note, a woman might take an accidental fall if a man bumps into her. However, that seems to be where they draw the line.

It was noted in the Wrestling Observer Newsletter that Walter had a mixed-tag match recently with another UK indie promotion where Meiko Satomura (who is female) was on the opposing side. It was said that at no point was Walter permitted by WWE to perform any offense on Satomura even though the match wasn’t taking place under WWE’s banner at all. Therefore, Meiko ducked Walter’s punches for the entire time they faced each other.

It was said that WWE has such a strict rule about no men on women violence because of how it would be perceived by the general public. Due to the possibility of public backlash, WWE doesn’t see it as worth the risk to have a woman take a bump for a man, but it goes even deeper than that.

It was reported that WWE made a promise to Mattel years ago to not portray any men physically overpowering women on their programming. Mattel has a contract with WWE to make their action figures which is a market that has really taken off since they took the assignment on. Therefore, we’re likely to never see a competitive intergender match in WWE for a couple of very good reasons.