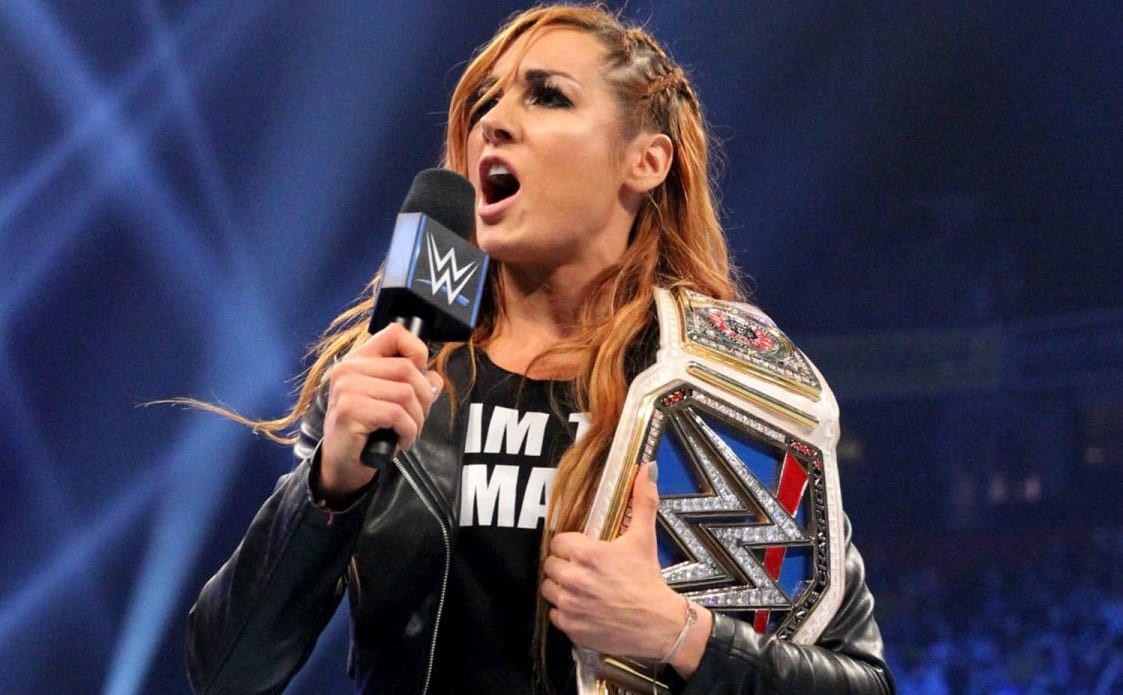 Becky Lynch took a bad punch from Nia Jax that did a lot of damage. She was pulled from Survivor Series after a severe concussion and a broken nose resulted from Jax’s right punch which is apparently not a move she is doing anymore. Now it is a waiting game as to when we’ll see The Man wrestle again.

It was reported in the Wrestling Observer Newsletter that Lynch’s concussion has been cleared so she’s okay when it comes to that. The problem is still with her broken nose and she hasn’t been 100% cleared due to the nasal fracture. The good news is that while concussions are tough to determine a recovery time, a broken nose is much easier to estimate.

It was noted that WWE expects Becky Lynch to be cleared from her broken nose within the next 10 days or so which could put her very close to the TLC pay-per-view on December 16th. She is currently working with a “limited clearance” which means she’s allowed to be on television, but she’s not getting physical just yet.

Lynch is still scheduled to defend her SmackDown Women’s Championship at TLC in a Tables, Ladders, and Chairs match. This will be the first-ever women’s TLC match and The Man will have to defend her title against two challengers in Charlotte Flair and Asuka. Perhaps the reason why the match was made into a triple threat is that WWE needed a backup plan in case Lynch isn’t cleared in time, but that wasn’t confirmed.

Rest easy though, because it appears The Man will be able to come around at TLC.