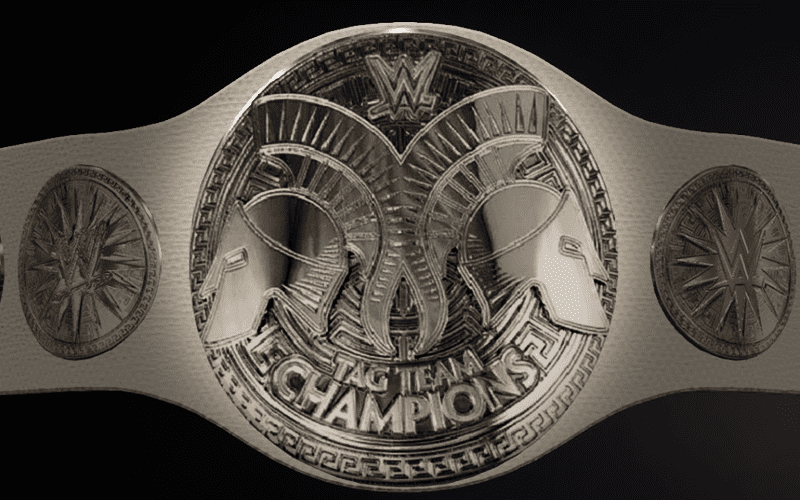 WWE’s Women’s Revolution isn’t quite done yet because there are still some pieces of equality that they need to take care of first. But after Bayley namedropped WWE Women’s Tag Team Titles as something she wanted to see in WWE, it seems like we might know what WWE’s next step for the Women’s Revolution might be.

Dave Meltzer spoke about Bayley’s blatant reference to new titles during Wrestling Observer Radio. He proposed the idea that WWE obviously has something planned to introduce new titles sooner than later, especially seeing how Bayley said she wanted them during the totally scripted segment on the show this week.

WWE Women’s Tag Team Championships have been rumored for quite a while. Stephanie McMahon was reported to be planning a big announcement for WWE Evolution, but nothing was said on the show about it. Now with Bayley mentioning those titles on Raw, it seems to really open the door to make this a reality.

As noted in the live results from the show, the mention of this new set of titles didn’t bring much of a pop from the Houston crowd, but the Open Forum segment might have killed some of that excitement.

Only time will tell when we’ll see those new WWE Women’s Tag Team titles, but Bayley and Sasha Banks seem to want a match against Trish Stratus and Lita at WrestleMania, so that seems like as good of a match as any to help determine the champions.

After WWE reveals these new titles we can then deal with the even more interesting question of whether WWE will let the Women’s Tag Team Champions float around the various WWE brands or whether they will have a new set of titles on each show. Needless to say, this could get complicated if they go with the second option there. 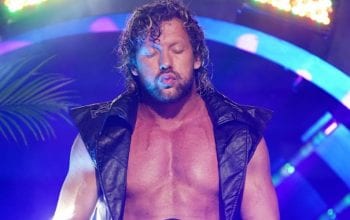 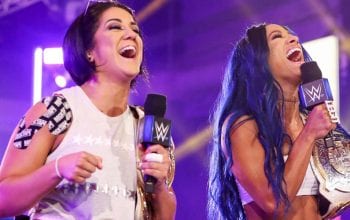