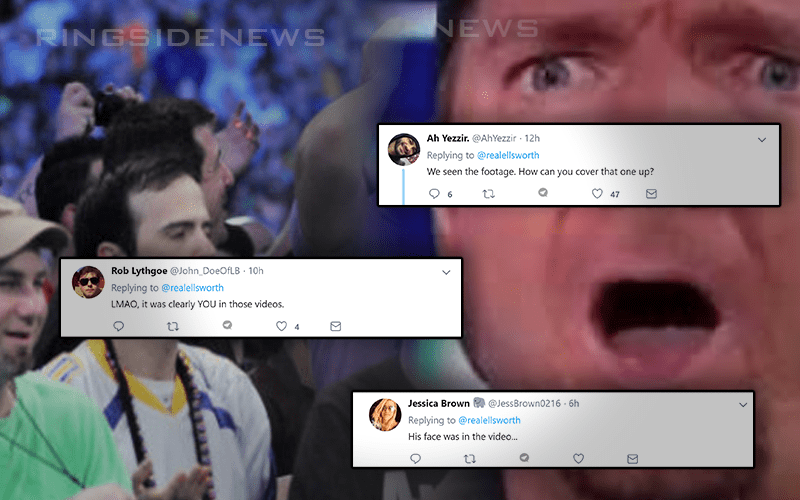 James Ellsworth recently broke his silence in a big way as he came back against the allegations made against him by a 16-year-old fan. Plenty of people read his response, but it turns out that not a lot of people are believing him.

Since the allegations came out, others have stepped forward online to share their own James Ellsworth stories as well.

His accuser also released a statement following James Ellsworth’s public address where she lodged more accusations as well and double-downed on her statement as well.

Ringside News has received many messages from people looking to tell their own story about Ellsworth as well, some of which have tagged us on Twitter to get the message out. These are allegations, but at this point with so many people coming forward, the common consensus seems to be that Ellsworth’s career might have suffered a fatal shot.

You will find just a few responses to Ellsworth’s message below and they mostly have the same theme that they’re not believing this new version of the story.

I guess this is fake too. pic.twitter.com/F72yvBgRWw

Are you for real with this response? This is the biggest crock of something. This is the “Bill Clinton – I didn’t inhale” or the “i didn’t have sexual relations” response. You will lose work because of what you did and not because of what people think.

Don't worry James, I believe you're still qualified for president.

Evidence is way too strong to believe this. You would earn back a lot respect if you fess up & admit your mistake, at least to the people that matter in your life. Whether they were actually sent to the accuser, the minute you took the images you put yourself in a bad situation.

LMAO, it was clearly YOU in those videos.

Man it don’t make a dang what he says as far as proof goes. Innocent or not his goose is cooked at this point! There’s not one promotion who will touch this dude at this point! If I was him I’d start putting some applications ASAP!

Wow. All the lawyers and investigators on your timeline.