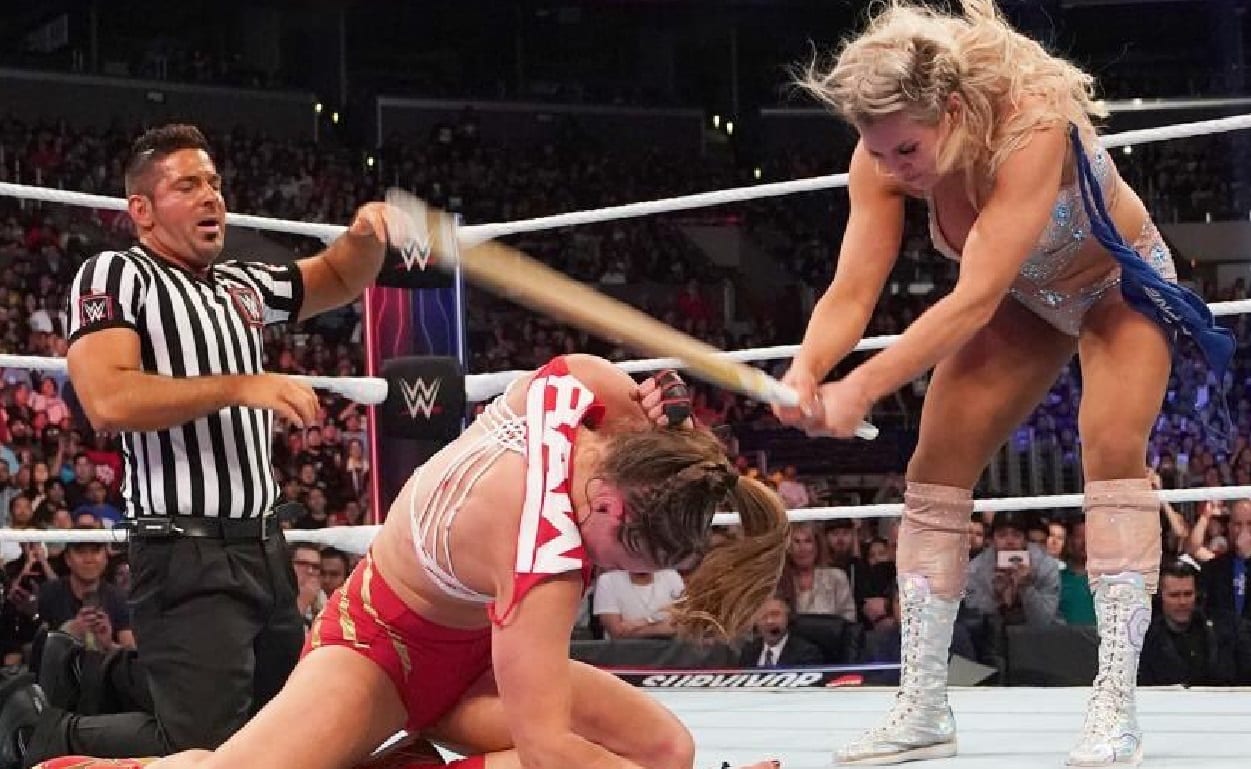 Charlotte Flair took a ton of aggression out on Ronda Rousey at Survivor Series that included a post-match beat-down and Ronda was feeling the bruises even through Thanksgiving. But as it turns out, there’s more where that came from for Rousey.

Flair is apparently going full-on with this new vicious heel turn that she’s been on recently. She even plans on using that kendo stick again on Rousey, which she named Ken.

Now it appears Rousey has two things to worry about the next time she’s around Charlotte Flair and Ken.

This is a pretty clever name on Flair’s part, don’t you think? But if this name makes it onto WWE television then it will live on with so many other great names like Moppy, Head, Pepper, Barbie, and Katie Vick.

Whenever you are ready for round two, Ken and I will be waiting. @RondaRousey #TLC #Raw pic.twitter.com/QiVow4VZHh