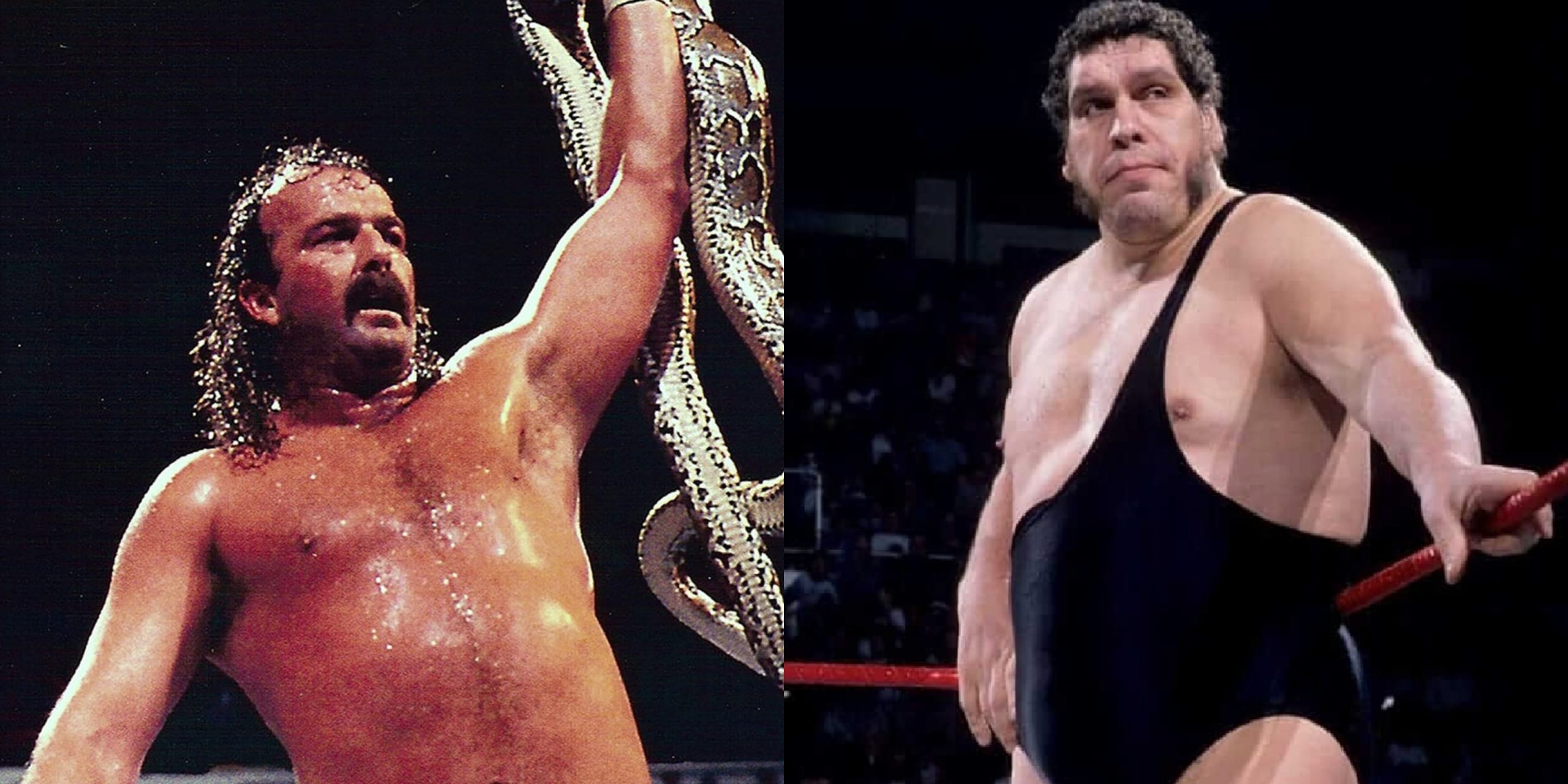 Andre The Giant was a man with so many legends connected with his name of his humor and ability to drink alcohol like no other. But he is most famous for his ability to own a crowd and a pro wrestling ring at the same time.

Jake The Snake Roberts spent a fair amount of time with Andre The Giant and he got to know him well. While on the Joe Rogan Experience, after discussing how many beers Andre could chug (48 on an 80-mile trip), The Snake mentioned how Hulk Hogan couldn’t have slammed Andre at Mania III unless The 8th Wonder Of The World wanted him to. But then he disclosed that on one fateful night, Roberts got the honor of slamming Andre too.

Andre was an incredible athlete and he was able to do amazing things in the ring. Hulk Hogan’s legendary powerslam of Andre at WrestleMania might be more famous than Jake’s slam on The Giant, but not many people can say they bodyslammed Andre The Giant because you only slammed Andre if he let you.