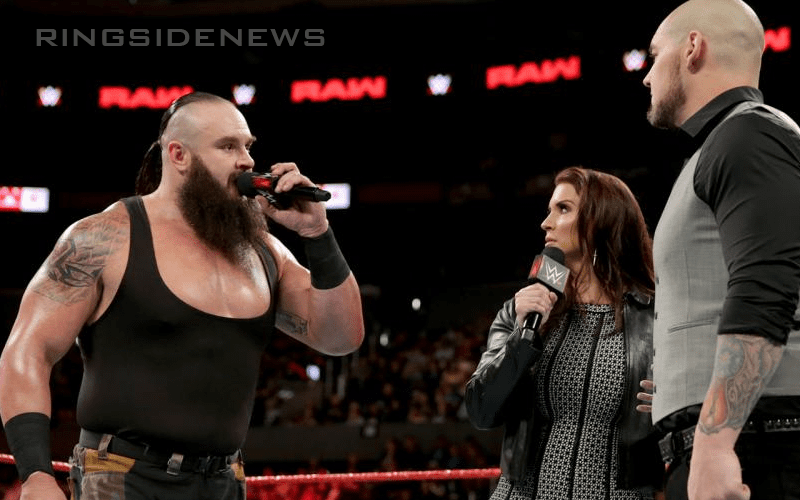 WWE Raw kicked off this week with a promo from Stephanie McMahon where she bragged about the Raw brand’s accomplishments at the Survivor Series pay-per-view. Then Braun Strowman came down and wanted Stephanie to follow up on the promises she had made him if Raw won the 5 on 5 elimination match.

Strowman said that he doesn’t want to be held liable for “ripping [Corbin] to shreds] in their upcoming match and McMahon replied saying: “So I’m still working on that with the attorneys it turns out that dismemberment is a bit of a corporate liability but we’ll get there.”

This line might have floated past some fans, but others took notice. WWE was in some hot water over the Crown Jewel event they held in Saudi Arabia after the murder and dismemberment of Washington Post journalist Jamal Khashoggi when he was visiting the Saudi Arabian consulate in Turkey to obtain papers so he could be married.

Dave Meltzer brought up this seemingly blatant jab at the controversy on Wrestling Observer Radio where he expressed the fact that we shouldn’t be upset at the writers for putting that on television, because to this day everything must be approved by one man alone.

“Vince McMahon approved it […] maybe the writer was writing and in fact, because it got on the writer was probably thinking, ‘Hey this is how I can impress my boss, he’s going to think it’s getting back at all these people that were knocking us for going to Saudi Arabia so we’ll do this line and Vince is gonna like it.’ And Vince liked it.”

“Every one of those writers, you know they write for Vince McMahon — they don’t write for the audience.”

If you pay attention very closely to the tightly scripted dialogue on WWE television it’s sometimes possible to pick up on subliminal intentions if you pay close enough attention. Asking for a match against Baron Corbin on Strowman’s part only veered off into discussing dismemberment because of the clever tactics of WWE’s writers to possibly put a joke in there that their boss would like.

Only time will tell what they’ll say next on their television show, but sometimes you can dig up some pretty interesting verbiage.