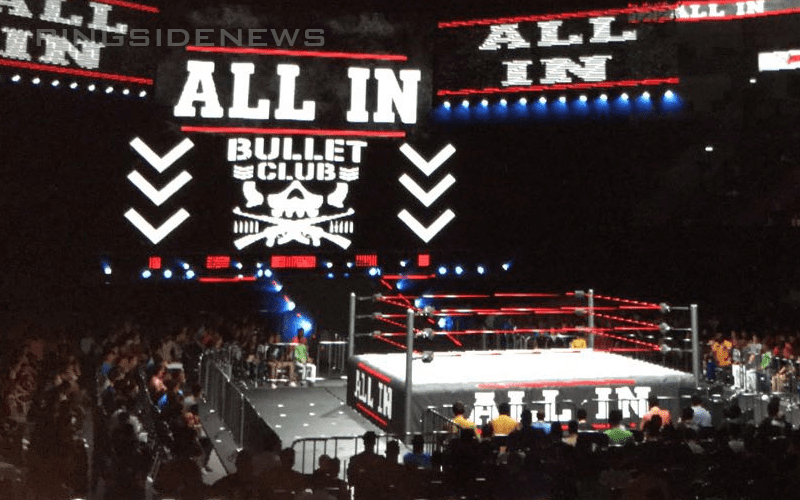 ALL IN was a landmark event in pro wrestling history and saw a sell out crowd in the Sears Centre right outside of Chicago Illinois. It was a packed card full of people, some of which might not be indie workers by the time the next event rolls around — if it comes around.

We know there were over 11,000 people in the building and tickets sold out lightning fast like an Eminimen verse when he kicks it into high gear, but the number for the pay-per-view purchases hasn’t been released just yet.

Dave Meltzer was asked about ALL IN pay-per-view buys during Wrestling Observer Radio and he said that he knew the number for internet buys was around 20,000, therefore he would imagine that the pay-per-view purchase number can’t be higher than that.

“I have no guess so I don’t know the number. I’ve asked around and I don’t have a number. I’m sure if the number was real big I would know it. It’s illogical that it’s too small because I know they did 20,000 on the internet and there’s no way that you’re doing more on the internet than you’re doing on television. That’s just ridiculous. But you know, if it did 80,000 on television, I got to think I would know that.”

It would have been nice to see Cody Rhodes and The Young Bucks pull down WWE pay-per-view numbers for ALL IN, but apparently, that isn’t the case.

Either way, tons of people saw the event because it was streamed on so many platforms such as Honor Club, New Japan World (later), and it was also online and social media was putting out memes during the show like there was no tomorrow because there were so many notable spots and angles. So maybe the overexposure of the event went on to damage the pay-per-view buys, but either way ALL IN is a night that will be hard to forget for a very long time.