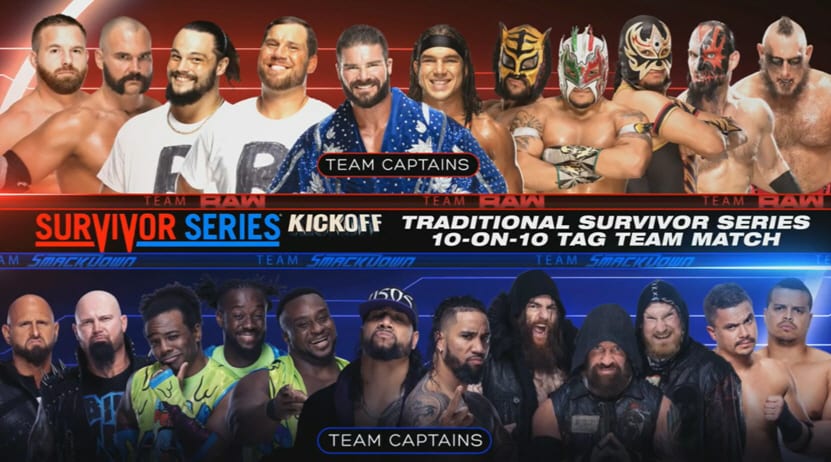 WWE is a well-oiled machine and they like to make sure that everyone is on the same page, but apparently whoever booked the kickoff show tag team elimination match didn’t get the same memo as everyone else.

Dave Meltzer noted on Wrestling Observer Radio that Raw was actually supposed to win every match of the night including the kickoff show, but obviously, that didn’t happen so they had to resort to just ignoring it and saying that the match didn’t count.

“So here’s the deal, okay? The storyline was supposed to be a clean-sweep for Raw and somewhere in the communications process, don’t as me why, SmackDown won that tag match so they had to tell everyone that it didn’t count.”

“That was the reason. One hand forgot what the other was doing. Vince wanted a clean-sweep and I don’t know how this happens, so yeah, it didn’t count.”

It’s bad enough when one of your favorite WWE Superstars ends up on the kickoff show. They don’t get to wrestle on the main show, it costs them royalties down the line, and their match is already viewed at as less important because it’s on social media for free. But this mess up on WWE’s part could only go on to damage the future reputation of kickoff show matches.

Only time will tell how WWE addresses this mistake on Raw and SmackDown this week or if they just act like the tag teams never had an elimination match in the first place, but for whatever reason it wasn’t supposed to go down like that and Raw was the original winner of the match even though that’s not how it really went.