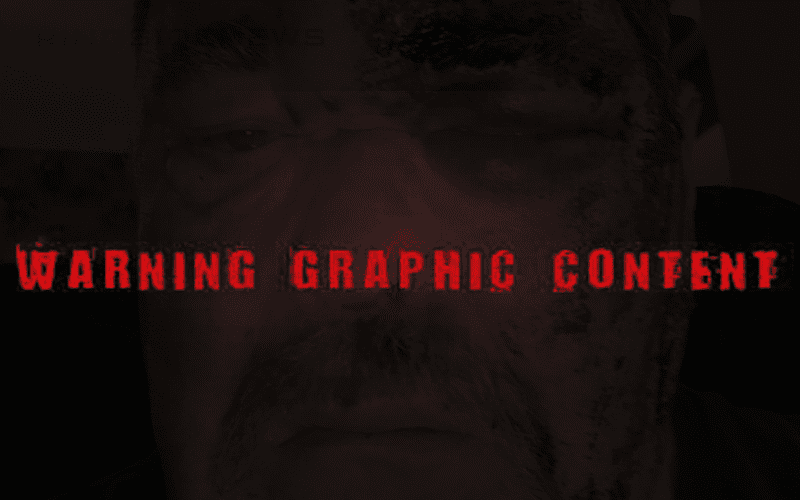 Jim Ross has taken a bump before and he’s even bled on camera, but this bump was not scripted and it was not something he elected to do. Judging by the look of his face, he is also in a ton of pain.

The WWE Hall Of Famer recently shared a photo of himself and his face is absolutely mangled. His eye is swollen shut and his face has some horrible road rash as well with what looks to be caked-on blood all over his eyebrow.

He suffered this awful damage to his face last night, but you can’t keep Good Ole JR from attending an Oklahoma Sooners football game. Hopefully, he will be able to take it easy and heal up as soon as possible. But if I were a betting man WWE isn’t going to be using him on camera anytime soon, at least until his face heals up a bit.

Took a bad bump last night. The concrete went over.