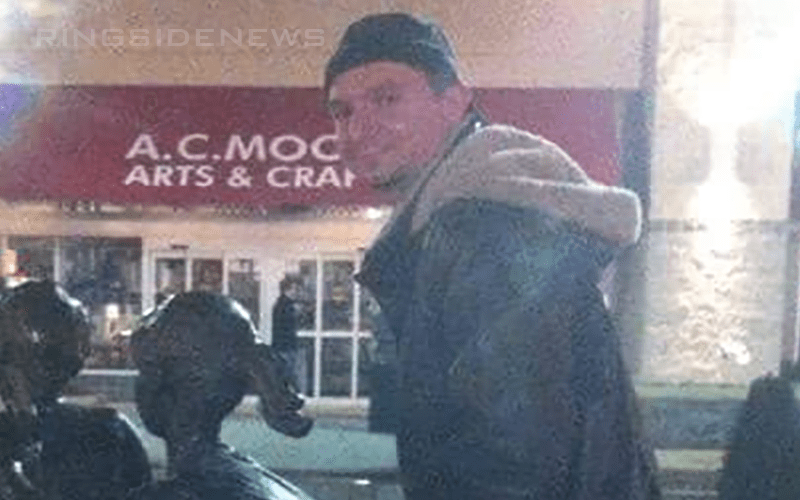 James Ellsworth has had a very long day. He made a huge mistake when he added a 16-year-old fan on Snapchat and proceeded to send her explicit photos and videos of himself. If you would like to check out our exclusive report which includes this footage, you can get that out here.

He has since been told to leave when showing up to work at an indie show he was booked to perform at tonight and he was also fired from a pretty good gig on Grim’s Toy Show as well. But a recent picture has surfaced online that doesn’t give him a good look at all, especially with these allegations against him.

As you can clearly see in this photo, Ellsworth is appearing to mount a statue of a little girl. This was probably done in total fun and for the amusement of those watching him snap the picture. But in light of these recent allegations, this photo did not age well at all.

Ellsworth has denied the allegations against him and his attorneys have issued a statement claiming these “baseless allegations” are false as well. 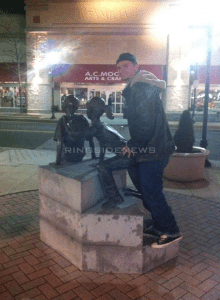