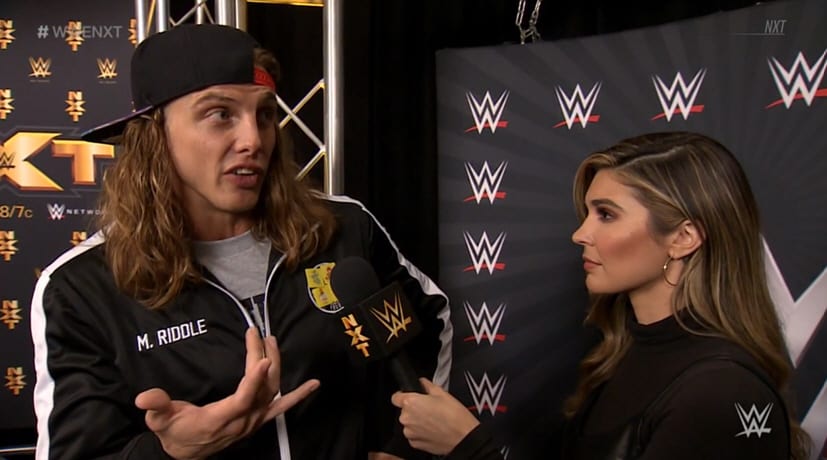 Matt Riddle is now a part of the WWE Universe as he’s currently getting his foot in the door in NXT. He recently had his first match on NXT TV and even though his match against Kassius Ohno was canceled for the WrestleMania On Sale party due to awful weather, and his other match against Ohno was switched to taking place before TakeOver, he’s still got a lot of career ahead of him.

Riddle was happy to talk about his debut match on NXT this week and then Kassius Ohno came in to continue their feud. But before that, Riddle made a slip-up that some fans noticed. Instead of saying debut, Riddle said “de-butt.”

In case you were wondering, this was totally on purpose on Riddle’s part. It’s just one of his character traits that makes him so much fun because he likes to pronounce things however he feels is more entertaining.

Riddle commented about his de-butt match when he wrote on Instagram: “Making my debutt felt great and can’t wait for what’s next! Also check out my new video on wwepc on YouTube it’s pretty bromazing!”

It’s going to be fun having Matt Riddle around.