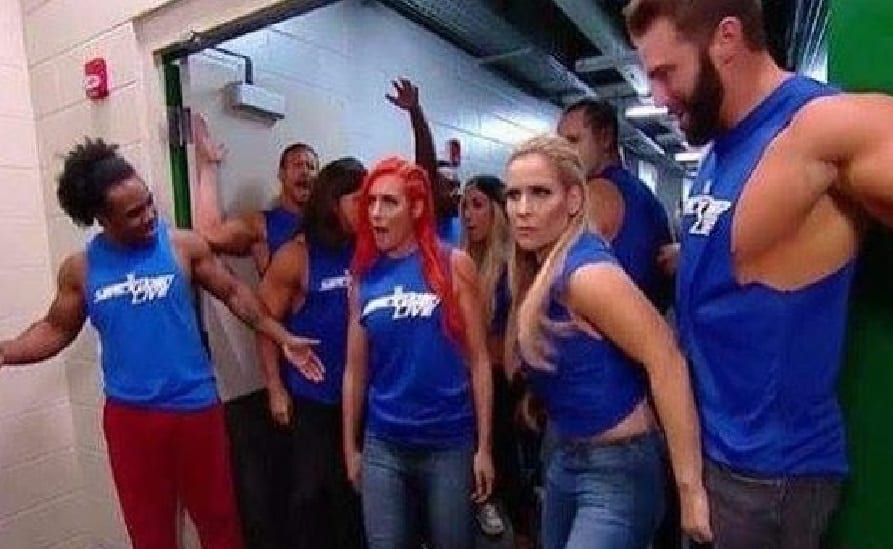 During last year’s Survivor Series build SmackDown and Raw invaded each other as the two WWE main roster brands collided. Now it looks like this is very plausible too as Bryan Alvarez spoke about it on Wrestling Observer Live.

“Because the Raw show is the go-home show for Survivor Series is it possible that SmackDown wrestlers will appear on Raw. I don’t know that that is happening. But it is a brand vs brand show, they could save it until tomorrow, they could not do it at all.”

“It makes sense to me that there will be some SmackDown wrestler invading Raw tonight and vice versa tomorrow.”

Only time will tell what goes down in Kansas City for the Survivor Series go-home show. But it wouldn’t be surprising at all to see WWE go back to the same idea of having the brands invade each other. After all, there is no SmackDown Live event scheduled so they could very well be preparing for another invasion.

Not only that, but at least one SmackDown Live Superstar has already been spotted in Kansas City before Raw.