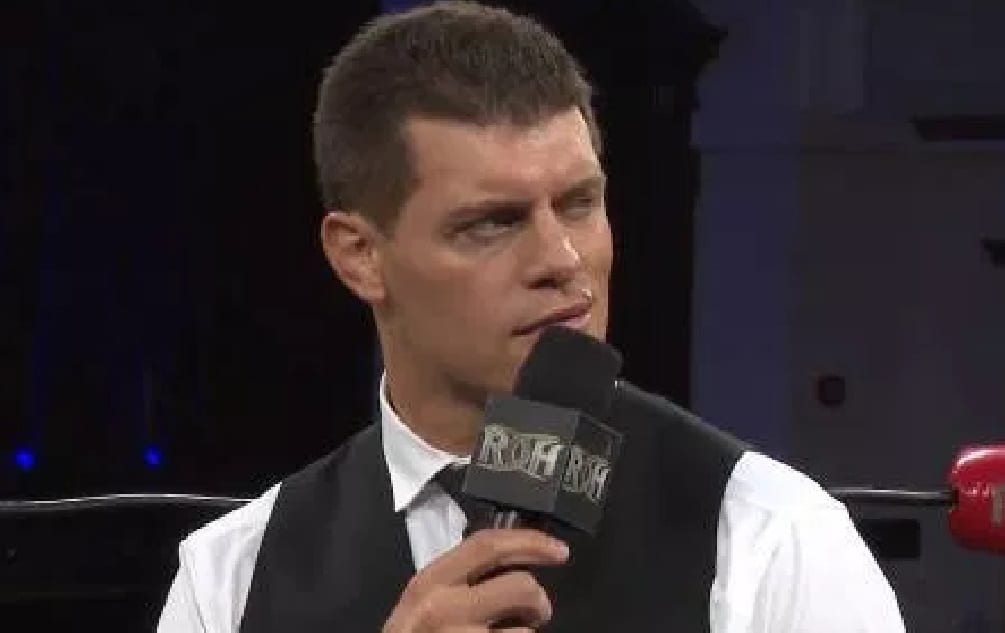 As we previously reported, Cody Rhodes suffered an injury during the ROH even on Friday night. He had to cancel his match on Saturday, even though he did make the meet and greet. But a possible injury is obviously worrisome for his fans, but Cody’s situation in pro wrestling makes a possible injury even more untimely at the moment.

Dave Meltzer expanded on Cody’s injury during Wrestling Observer Radio where he discussed the fact that not only did Cody gut through the match and finish it anyway, but he also has an MRI scheduled as soon as possible to figure out what’s wrong with him.

“So Cody just moved his foot and his knee popped early in the match, [Friday night] and he worked the whole match, but he knew something was wrong and he was kinda like hoping, ‘I heard it pop but maybe it’s not too bad.’ Then he woke up [the next morning] and it was bad so he’s getting an MRI on Monday. Obviously hoping for the best news.”

“If it’s just something he can rest because he’s got Final Battle’s main event, he’s got the Tokyo Dome on January 4th and a lot of other things going on as well. He was going to be facing Baretta for the US Title [on Saturday] but well know more on Monday.”

You can never plan out an injury in pro wrestling, but this is really something that Cody doesn’t need. Of course, no pro wrestler needs to be injured, but Rhodes has a lot of commitments and some very cool things in the works (even if he’s not revealing much) so it would be great if Cody didn’t have to take an extended absence from the ring due to a knee issue. But an MRI is scheduled for Monday and we will keep you updated as soon as we hear anything.