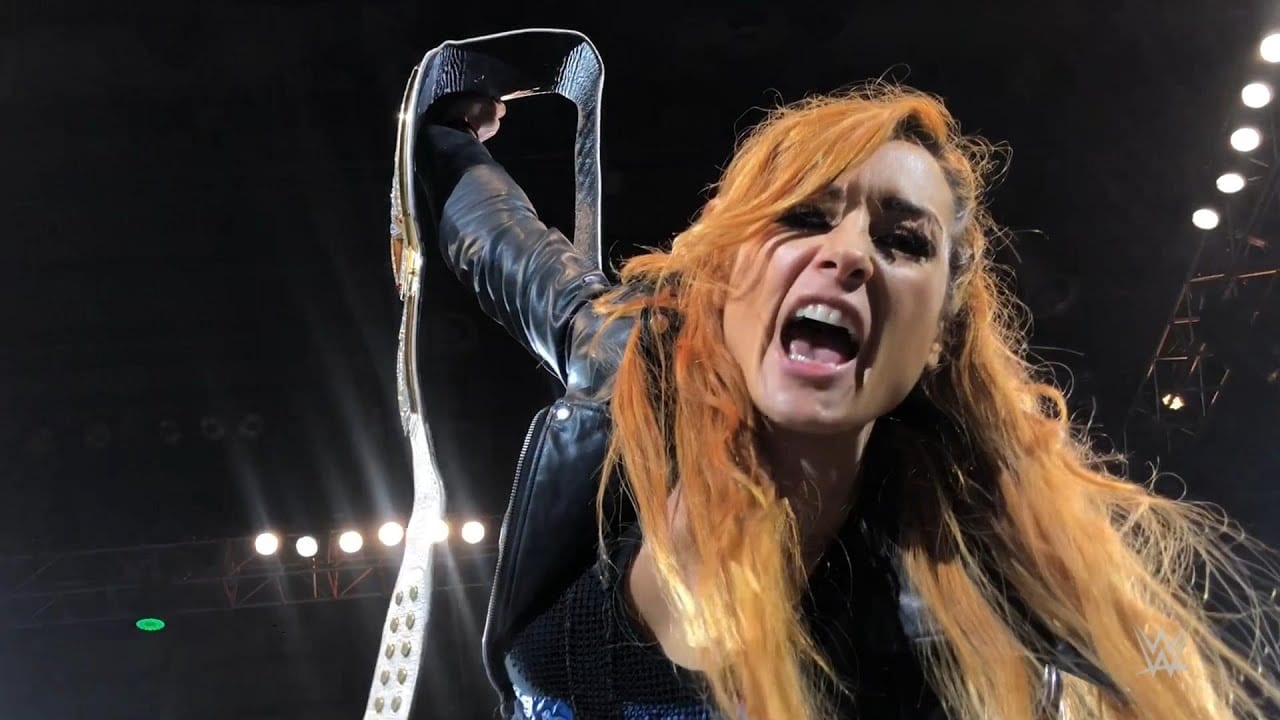 Becky Lynch is The Man, but even though that is her new gimmick it still didn’t cause WWE to book her at the Crown Jewel event in Saudi Arabia. Due to KSA’s strict religious customs, women weren’t allowed to compete. Or if they were, WWE wasn’t going to allow them to minimize the risk of backlash.

“Yeah, I guess it was something I wasn’t concentrating on or putting my focus on because for me it was all about where I can compete and what I could do. If I wasn’t on that I was thinking about Evolution I was thinking about how I can be the champ, how I can be ‘The Man.’ Although I do know that our match was advertised there, myself vs Ronda Rousey and it seemed like The Man got a big pop there. They like The Man in Saudi Arabia.”

Becky vs Ronda did receive a huge pop from the Saudi Arabia crowd and some have reported it was the biggest pop of the night. But WWE still had to alter the photos they used of the performers as to not offend the Saudi Arabian crowd. Still, Becky Lynch is well aware of the fact that she is incredibly over in Saudi Arabia so maybe one day she will find herself competing there in the future. But for now, it looks like she’s going to remain focused on what she is permitted to do.