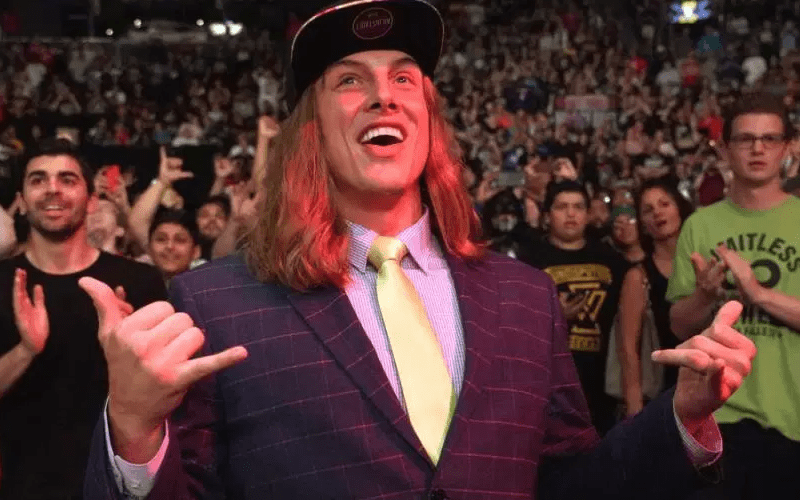 It is very clear to many that WWE sees big things in new signee Matt Riddle. The NXT Superstar has already started to make an impact with his interesting debut on NXT TV and wrestling at the majority of NXT live events since signing his contract.

Riddle has competed all over the world and for many fans of indie wrestling, he had become a household name. His signing with WWE was rumored for months, yet still unexpected to some degree given that Riddle is a fan of the recreational use of marijuana. WWE does not allow their performers to use this.

Riddle signing with WWE was huge news, and given the impact he has already had, it is likely he will be a major player in the years to come. He was interviewed by Byron Saxton for WWE and gave an insight into one aspect of WWE life that he feels is better than working the indies.

As Riddle explains, being with WWE gives him access to train on a full-time schedule whilst learning from some of the best minds in the business in the process. Whether working at the WWE Performance Center or his home gym, Riddle does not have to travel constantly.

“Dude, it’s awesome. Before I got to NXT, I was lucky to get a couple days in a gym, let alone a ring. I was flying from Florida to Germany, Germany to England, England to Boston, Boston to California, then back to Pennsylvania where I’d sleep for a few days, and then be somewhere like Iowa or Indiana next.

“Now I get to train full-time and learn from the best coaches in the world. I went from doing push-ups on a wrestling mat in my house when I had spare time to training with the best of the best. It’s a good feeling.”

It is worth pointing out that once Riddle does make it to the main roster, he will be traveling a lot. However, the WWE schedule is more fluent when it comes to the locations and dates, so this would still allow the former UFC fighter to train as he does now for NXT.

Do you see Riddle having a big future in WWE? Do you have a particular match from Riddle you enjoy the most? Let us know your thoughts, opinions, and reactions in those comments below.