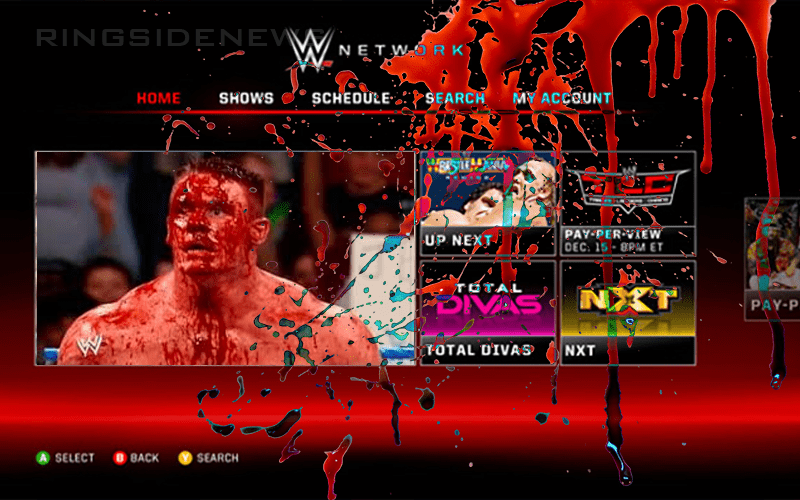 WWE recently bought the WWC video library and apart from the fact that if commentary exists on that footage it’s likely to be in Spanish — it’s also full of gore. WWE Network is at a subscriber peak and they want to drive up revenue. Therefore a tier system looks to be in the works and it could include some rather graphic NSFW content.

After all, even though modern-day WWE is TV-PG there is a rich history in pro wrestling of wrestlers bleeding like stuck pigs all over the arena during a contest. This could very well be featured on the WWE Network eventually.

WWC isn’t the only gory promotion that WWE has the rights to air either as Dave Scherer explained on PW Insider Elite audio.

“A video library is one thing. A video library has already happened. You bring in ICW which you know where they’re cutting someone’s spleen out and they’re running that. That’s a realtime situation where you’re like, ‘Okay so you’re working with this company that’s running blood and guts now?'”