Braun Strowman has an excellent chance at this point to become a top name in WWE. After Roman Reigns’ departure from WWE and relinquishing the Universal Title due to leukemia coming out of remission, WWE is now faced with the task of putting their roster back together after their locker room leader left the company.

At this point, we’re not sure who the #1 contender for the Universal Title is because Brock Lesnar is set to face AJ Styles once again at Survivor Series. But Strowman very well could be in the running as a top name in WWE. But apparently, there are some issues he might need to work on first.

Mike Johnson stated on PW Insider Elite audio that Strowman is having issues arriving late to shows as well as leaving early. This might be a bad sign of things to come, after all, a locker room leader not only needs to be the first one there and the last to leave, but they also need to be able to exhibit an example for the rest of the roster.

Only time will tell where Braun Strowman’s push might lead next. He is a part of the men’s Survivor Series team which Drew McIntyre is captain of. But if Strowman wants to be a top name in WWE, this behavior needs to be altered first. 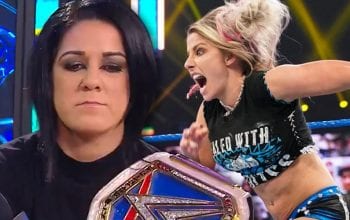