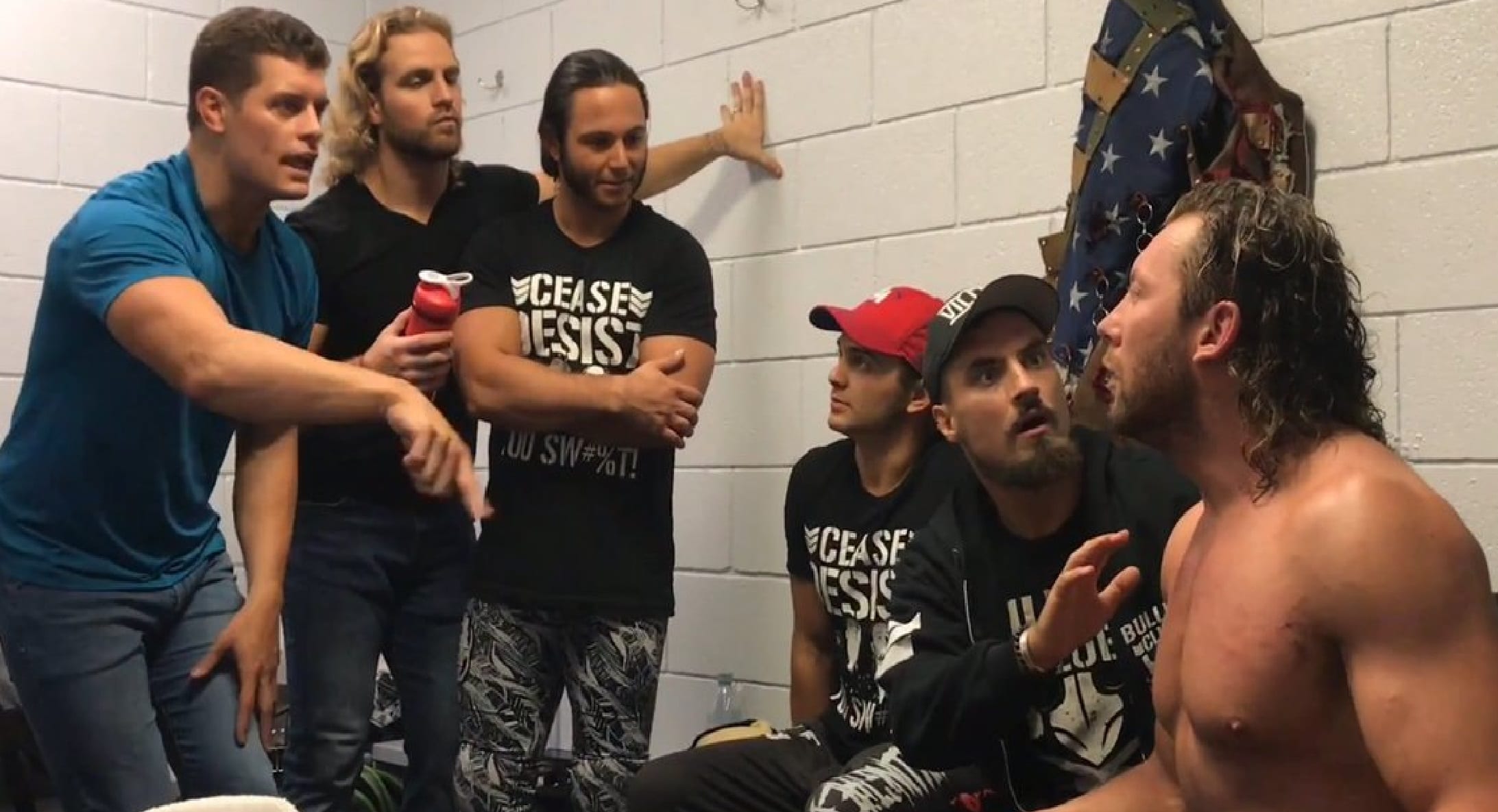 Roman Reigns left a huge hold in the WWE Universe when he decided to do what was best for himself and take a medical hiatus when he was diagnosed with leukemia. This means that he won’t be around to take part in all of the stories WWE had written for him and he also won’t be able to help sell tickets or draw interest to events.

WWE is obviously in a reconstruction mode right now as they put the Universal Title back on Brock Lesnar at WWE Crown Jewel — but it appears the changes are just beginning. After all, there are extremely high-profile wrestling stars who could be free and clear to come to WWE in 2019 if they want to take the deals offered to them.

Joe Peisich said on Barnburner’s No Holds Barred podcast that WWE is prepared to offer Cody Rhodes, Kenny Omega, The Young Bucks, and Hangman Page huge deals in order to try and entice them to sign on the dotted line. The only question at this point remains if they’ll take WWE up on their deal after alluding to rejecting their offers so many times before.

“Cody Rhodes, The Young Bucks, Kenny Omega — they’re all free agents in January. WWE because of Roman Reigns being out with the series leukemia have made or are about to make a huge, huge offer to not one — but all of them. It’s a deal where everybody is making the same.”

This is a very interesting development, especially if everyone would be making the same under the new proposed contracts. After all, you could argue that one is worth more than another — but this reportedly isn’t the case in WWE’s eyes. They need big talent and bringing in The Elite could certainly help change things and draw a lot of attention to WWE, especially as they look forward to October next year when they’ll have a huge timeslot to fill on Fox.