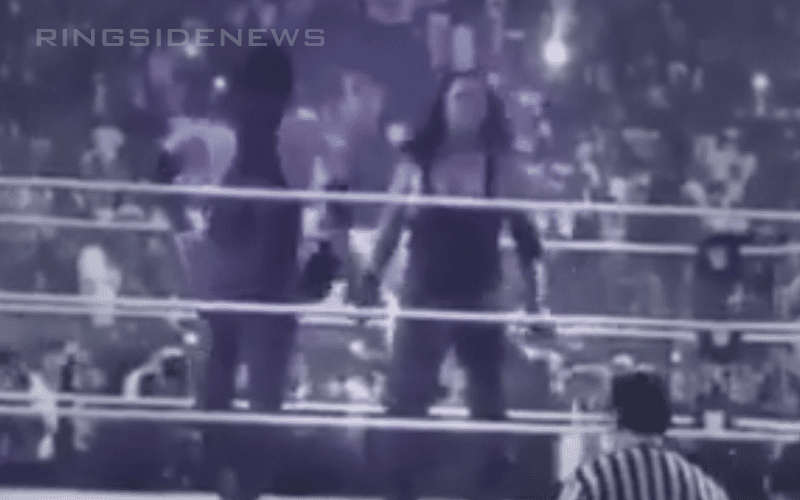 After Friday’s WWE Crown Jewel event went off the air in Saudi Arabi, both Shawn Michaels and Triple H left the stage.

Footage from the event can be seen embedded in the videos below.