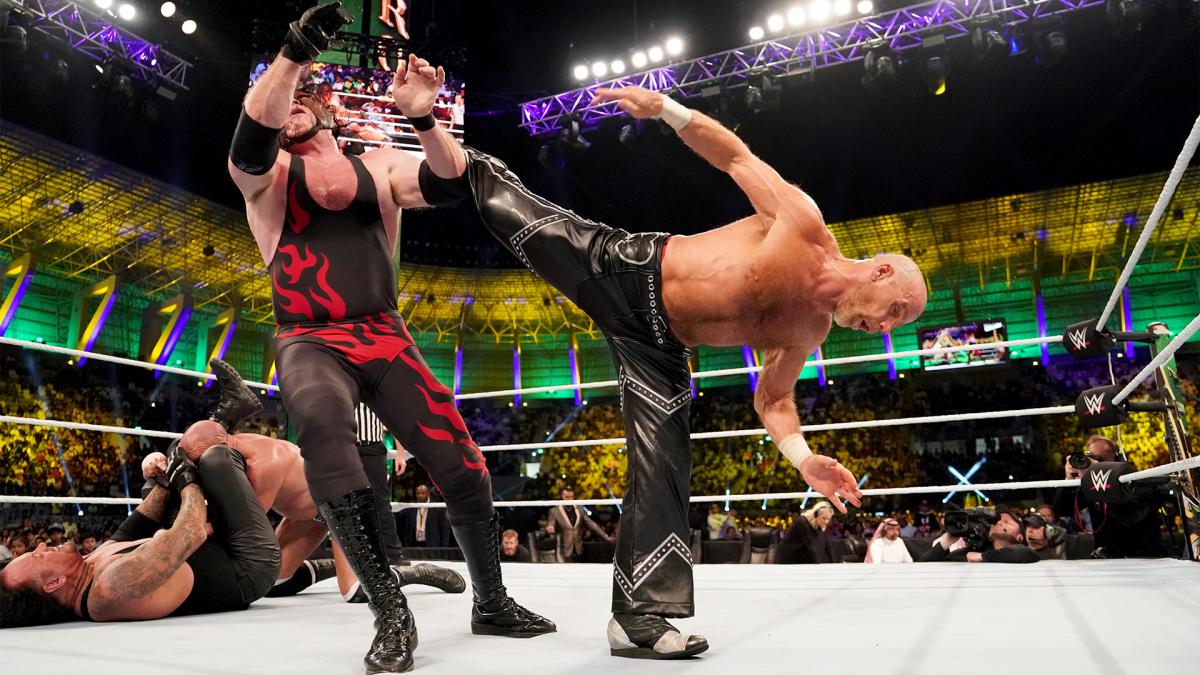 WWE Crown Jewel had a main event that we never thought would be possible in 2018. Shawn Michaels returned to the ring to reform DX alongside Triple H to take on The Undertaker and all 4 of those men took bumps that they didn’t need to take.

During one point in the match, HBK hit a moonsault from the top turnbuckle to the floor onto The Undertaker and Kane — and neither of them caught him. Instead, he landed in the middle of them and flat on his face.

Dave Meltzer mentioned during Wrestling Observer Newsletter how when Shawn got up, he wasn’t happy at all about landing on his own.

“You saw when he landed. He didn’t look happy at all. Didn’t they say that he was smiling? I just look at him and go, ‘He landed on his face, he’s not happy at all.'”

Meltzer continued saying that watching Michaels wrestle this match was like a man realizing that he’s too old to wrestle anymore and he shouldn’t have come back. Only time will tell if we see HBK wrestle again — but he was certainly banged up after WWE Crown Jewel and claimed that we won’t see him wrestle again.