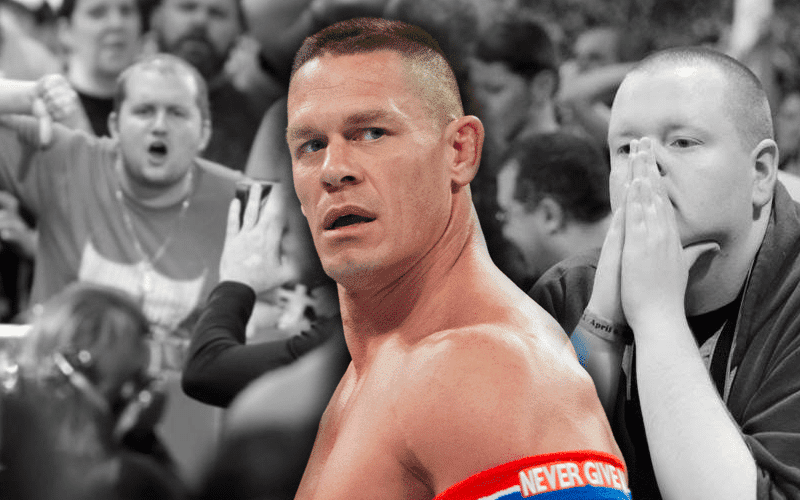 John Cena was the biggest star in WWE throughout the 2000’s and that is an amazing accomplishment that brought him worldwide fame — even in Saudi Arabia. In fact, he is a huge fan favorite for fans in KSA but they didn’t like one of his most recent decisions at all.

Cena was scheduled to work the WWE Crown Jewel event in Riyadh, Saudi Arabia and take part in the World Cup tournament. He was actually supposed to compete against Rey Mysterio and lose in the opening round — but he didn’t make the trip.

Due to the recent controversy surrounding the Kingdom Of Saudi Arabia, John Cena decided not to take a public relations hit and attend the WWE Crown Jewel event — therefore he just stayed in China with Jackie Chan or wherever he was working on his next career move.

Fans in Saudi Arabia have provided us with pictures that illustrate a very real problem Cena might have. It was told to us that every t-shirt sold out during the Crown Jewel event — except for Cena’s. Since WWE couldn’t sell the items on display, those were the only t-shirts that needed to be boxed up along with a huge stack of Cena merch. The translation in the photo with the text reads “Not a single one was bought.”

Some fans did buy Cena merch because he’s John Cena, but much of the Saudi WWE Universe feels betrayed by John Cena’s move to pull out of the Crown Jewel show. It was told to us that not just the Saudi “smark” fans know why he pulled out either because this is a very big subject and most people realize why he did it and they’re not happy.

“He’s a favorite among wrestling fans here so when he decided he’s not going to Crown Jewel they felt betrayed. Every shirt had been sold out by [the] end of the show except Cena’s.”

As Cena’s Hollywood career continues to grow he’s going to have several films come out in Saudi Arabia and from the tone of what’s been said in the Saudi WWE Universe, he might not have many of those fans and they won’t be seeing Cena’s movies either. The Rock makes a ton of money in the overseas market and he didn’t go to KSA, but he wasn’t advertised for the show either. Cena was promoted and pulled out.

We were told that not many Saudi fans were upset at Daniel Bryan because they didn’t make as big of a deal with it although there were still some fans who were also vocal about their displeasure of Bryan’s decision not to make the Saudi Arabia event, however, his t-shirts still sold out.

WWE tried to keep Cena’s WWE Crown Jewel absence as low key as possible, but when you’re talking about a name like Cena — everybody sees him even if he keeps saying they can’t. Ironically, Cena decided to pull out of WWE Crown Jewel because he wanted to save himself a big PR hit but it might have done some considerable damage to the Saudi Arabians in the process and they have a lot of cash to spend. 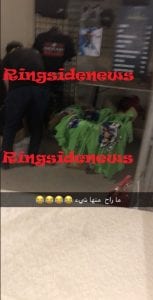 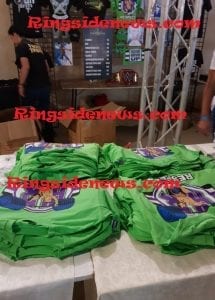