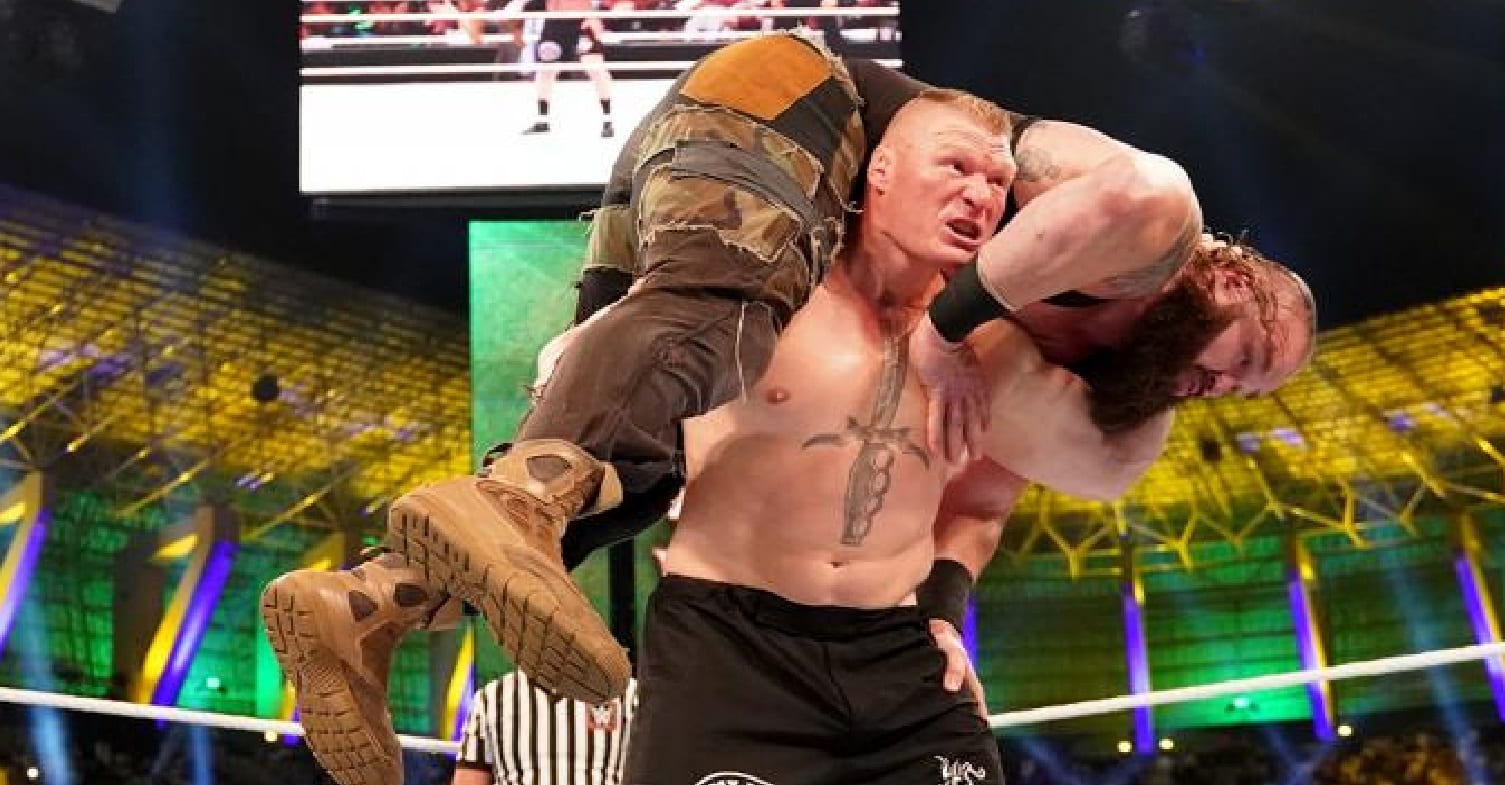 Brock Lesnar walked out of WWE Crown Jewel as the Universal Champion after squashing Braun Strowman — but that was not the idea. Well, Lesnar was supposed to win, but we weren’t supposed to see a total squash match. Instead, we were supposed to see someone get screwed.

Dave Meltzer told the match’s story on Wrestling Observer Radio of what the match was supposed to actually be telling us because he was told himself by someone in the company which was the only way he knew. Because in the end, the announce team didn’t do the best job in the world of letting us know what was really supposed to be going on.

“So this is the story they wanted to tell that Baron Corbin hits Strowman in the back of the head with the belt and and Lesnar give him F5 after F5 — over the top ropes — then finally with the 5th F5, you know he was pinned.”

“So the story was that [Strowman] was down and out before the match started and Lesnar’s F5 couldn’t beat him, no matter how many he did it took so many to beat him. Most people saw this as: ‘What the f*ck, this was a squash match why’d he get no offense in?’ The idea was for him to get no offense — that was the mentality because they thought if he got offense it would weaken him because he got beat.”

“The idea was not that he got beat or squashed — the idea is that he kept surviving the F5 over and over again until it was too much and he had to take one over the top rope and to the floor which was nuts because he wasn’t moving too well before the match even started. because when he walked down the ramp — the two things noticeable was he’s moving really slow, you could see he had some knee issues — although that played nothing into this he’s going to be wrestling on this tour and all that but I can see that. The other one is that you could see he’s not going to win the championship. It was all over his face when he walked down.”

“The idea was again, he got no offense on Brock because if he would have gotten offense, the story is, ‘What if it was a fair fight and got offense on Brock?’ I think a lot of people watching it didn’t understand that story which is not your fault for watching it because I didn’t understand it either until I was told the story when it was over. So the fact is that the announcers didn’t tell that story and that’s on them because it’s the job of the announcers to get the match over.”

Hopefully, this story is being built up to eventually taken the Universal Title away from Brock Lesnar as Strowman captures it possibly at Royal Rumble or even WrestleMania. But those events are a long way off — however AJ Styles vs Brock Lesnar is already set for Survivor Series so The Monster Among Men will have to wait until Lesnar can work him back into his part-time schedule.