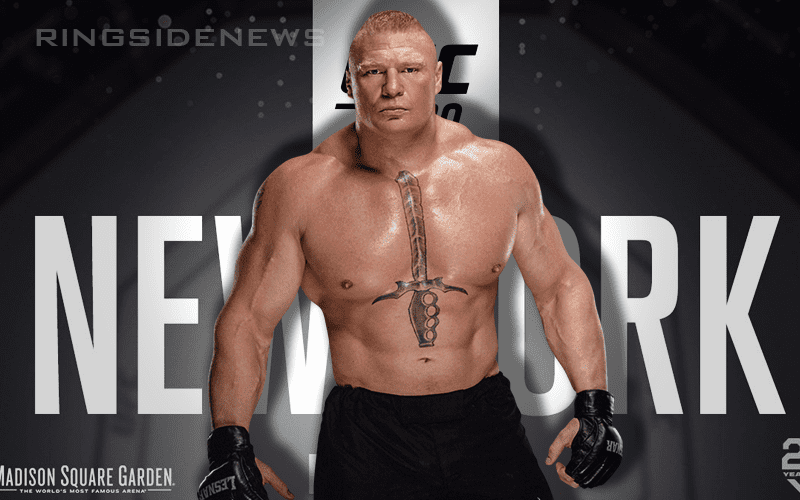 WWE Crown Jewel featured a WWE Universal Title match where Brock Lesnar squashed Braun Strowman in under 4 minutes and he walked out of Saudi Arabia with the title that he held for the better part of the past 2 years.

Daniel Cormier recently said in an interview with Ariel Helwani that he hopes to see Lesnar at UFC 230 so he can slap him. This of course, caused quite a stir even mentioning Lesnar being at the show.

Joe Peisich said on Barnburner’s No Holds Barred podcast that Brock Lesnar is scheduled to be in New York City for the UFC 230 event at Madison Square Garden.

Only time will tell what kind of role Lesnar could play at UFC 230, but Cormier certainly wants to slap him. Maybe Lesnar will bring along the Universal Title this time to give it an authentic WWE feel.