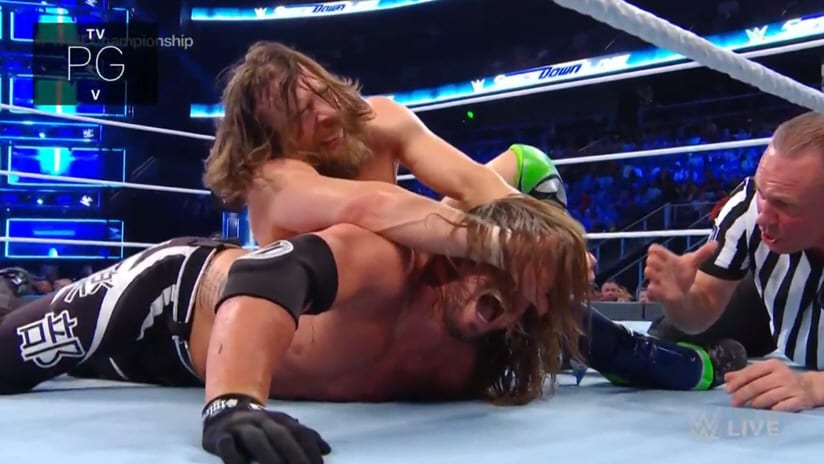 WWE Crown Jewel is a very controversial event and John Cena said he didn’t want to go. We exclusively reported his reasons along with Daniel Bryan who also didn’t want to participate in the match.

We previously reported via PW Insider that Daniel Bryan was not going to the Crown Jewel event. WWE was considering several options about what to do with Daniel Bryan’s spot — he was in a WWE Championship match against AJ Styles after all.

There were plenty of options, but they went with the most direct approach — they just had the match on SmackDown Live instead. This was a huge surprise and gave Shane McMahon a great opportunity when he danced out and played the part of the babyface commissioner when he made the match happen.

#SDLive Commissioner @shanemcmahon is BACK, and he just changed the game…because @AJStylesOrg is going to defend his #WWEChampionship against @WWEDanielBryan RIGHT NOW! pic.twitter.com/vnWmrzplFy

Styles and Bryan wrestled their hearts out on a Tuesday night and there was plenty of hard-hitting action. They wrestled through 2 commercial breaks and while fans watching on USA got to see what was happening in the first one in a picture-in-picture — the second more important commercial break missed key action.

When the #WWEChampionship is on the line, the hits get THAT MUCH HARDER.#SDLive @WWEDanielBryan @AJStylesOrg pic.twitter.com/Tw42x2v7oV

The finish came when AJ Styles turned a submission from Bryan into a Styles Clash and then he immediately transitioned into a calf crusher. Bryan had no choice but tap out adding to AJ Styles’ impressive title reign.

It looks like WWE Crown Jewel lost an amazing match, but at least we got it early. Daniel Bryan didn’t emerge as WWE Champion leading some to be disappointed — but they hugged it out at the end.