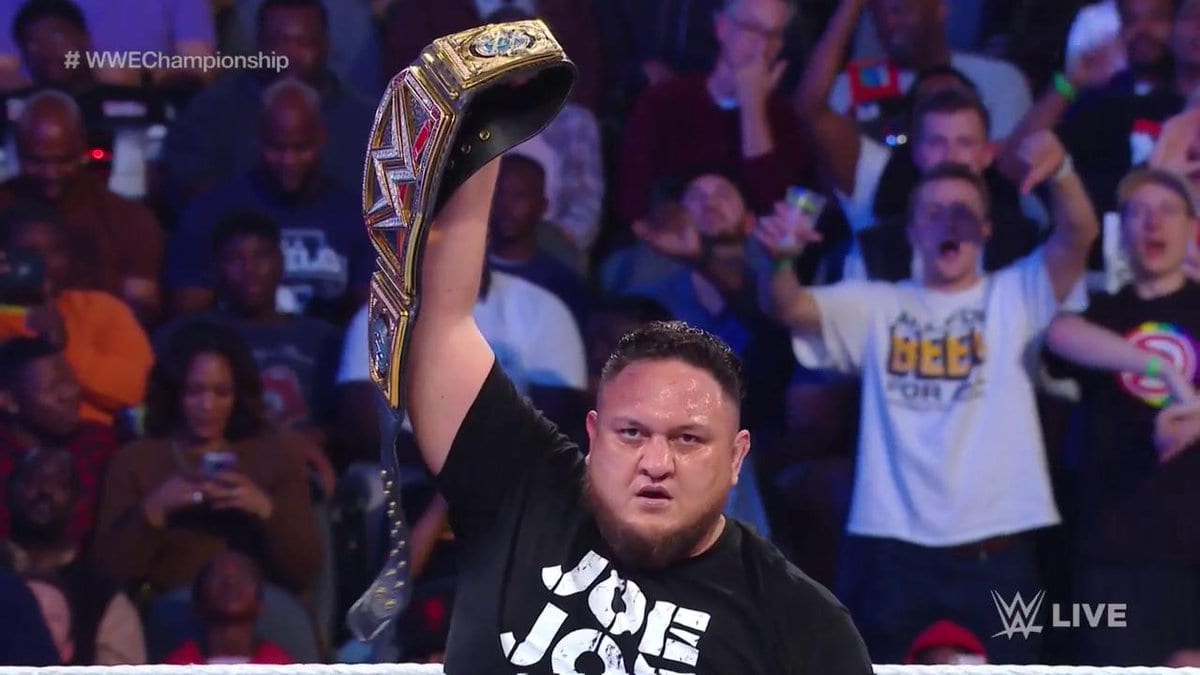 Samoa Joe hasn’t been around for a bit and some have said that he was injured. In fact, Dave Meltzer mentioned in the Wrestling Observer Newsletter that Joe had an injury but he didn’t specify which kind.

Joe didn’t look injured at all as he jumped AJ Styles and Daniel Bryan following their WWE Championship match that was supposed to take place at WWE Crown Jewel. Styles and Bryan beat each other down in huge ways and gained big respect for each other. The two were hugging it out after the match in a show of respect, but Joe wasn’t having any of it.

The former NXT Champion came through the crown and landed a huge sneak attack on the champion. Bryan tried to save AJ, but it didn’t work out well for him at all. Instead, Joe left two men laying on the mat after his return.

Joe then picked up the WWE Championship and raised it above his head before walking off. So it looks like we have a very good idea who AJ Styles’ next challenger for his championship is.

Where the heck did HE come from?!?!@SamoaJoe is BACK and he wants to put @AJStylesOrg to 😴!!! #SDLive #WWEChampionship pic.twitter.com/L9OxVw5hix