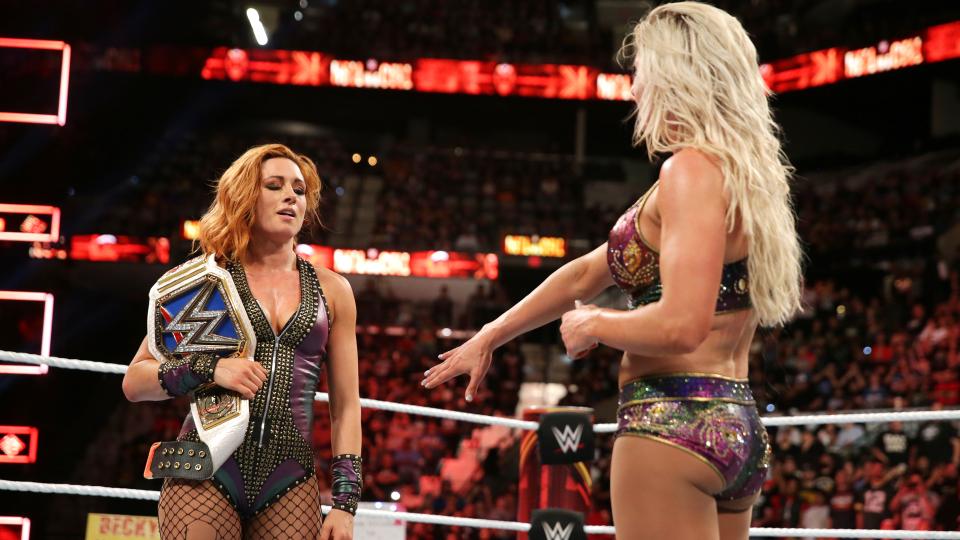 WWE Evolution has a few nice matches to draw attention toward the big first-ever event. But the SmackDown Women’s Title match will feature another pretty big first-ever for women’s wrestling in WWE as Becky Lynch defends her title in a last woman standing match.

Bryan Alvarez spoke on Wrestling Observer Live about this match and how much more time they’re getting on the card than other matches (after all, the main event is expected to go much shorter). They’re expected to steal the show by most fan and analyst accounts and the expectations are certainly high — but Lynch and Flair can handle that kind of pressure at this point. If anything, Alvarez said they’re expected to get way more time to do what they need to do.

“Becky and Charlotte getting 25 minutes. That’s at least the plan — I don’t know if that includes ring entrances or not.”

Only time will tell what Lynch and Flair will do at WWE Evolution, but at least they’re getting a good chunk of time to tell a story. If anything, they will at least have plenty of time for ring entrances.