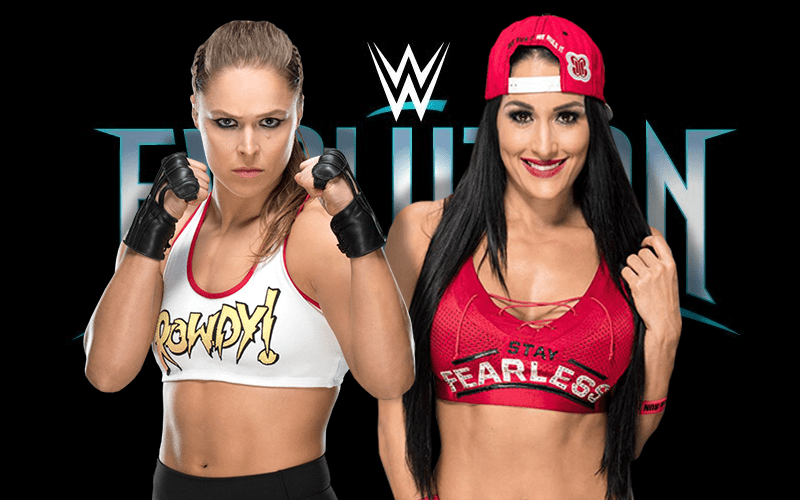 Ronda Rousey came into WWE and was shot straight to the top. Not only did she have a huge name before her debut, but the amount of work she’s put into honing her pro wrestling craft has been quite impressive as well. Now with the Raw Women’s Title she’s taking on all comers, only time will tell who will be able to knock her off the top spot at this point.

She is set to face Nikki Bella at WWE Evolution and will close out the evening with their big match for the Raw Women’s Title. Bryan Alvarez mentioned on Wrestling Observer Live that they have been training all week at the WWE Performance Center in Orlando to rehearse the match — because after all, you only get one take to make the match happen once the bell rings.

“The main event, Nikki and Ronda Rousey — they have been practicing all week at the Performance Center and they’re probably going to go 12-15 minutes. Probably going to see some ‘gimmicks’ — whatever that means.”

Of course, “gimmicks” usually means anything that’s not pure pro wrestling so if there’s gaga in this kind of championship match — who knows if Nikki Bella will walk out of Evolution as the new champion? After all, WWE does like ending their shows with a ton of heat.