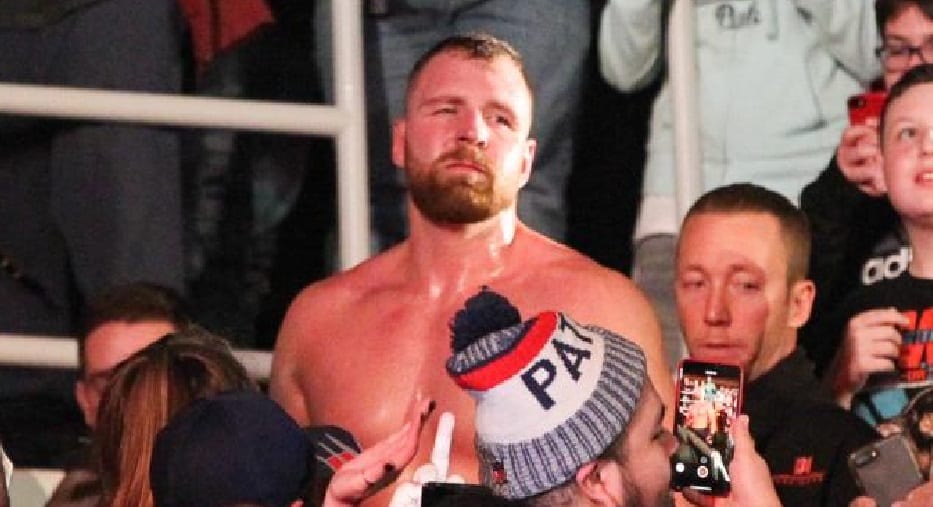 Dean Ambrose picked an awful time to turn heel — but it sure brought a lot of heat. WWE bookended Raw this week with an extremely sad announcement during the first segment and a heat-filled heel turn to capitalize on real emotion to close the show out. We have seen a video online that some have pushed around social media saying it’s Dean Ambrose’s new theme song, but we have to set the record straight that it is not the case.

As you can see from the video below, uploaded by James Herbert — who does great work, he mashed up the Disturbed song “The Vengeful One” with Dean Ambrose’s sliding guitar intro and made a pretty nice song. But it’s not legit even though it has received over a quarter of a million views at this point.

WWE has used Disturbed before for their entrance music but CFO$ is their regular house band at this point so it’s extremely likely that apart from someone like Ronda Rousey who came in with a theme song already, the CFO$ band will be performing pretty much all future WWE songs — especially if you consider the fact that Jim Johnston is no longer with WWE.

For one thing, as previously reported Ambrose’s heel turn was planned in advance, but it was moved up dramatically because of Roman Reigns’ announcement that his leukemia has come out of remission and he must take a hiatus from WWE until he beats the disease. Therefore, it’s unlikely that WWE had an entrance video all ready for him at that point — although it’s not impossible because you never know what they could be working on in the lab.

But this is a fanmade video and not a leak of any kind. It clearly says “custom” in the title as well which is a huge clue that it didn’t come from an official source. So while we love hearing from you in messages and DMs across social media and emails — you can stop sending us this video because we already saw it and no, it’s not real… but we have to admit that it is pretty cool.