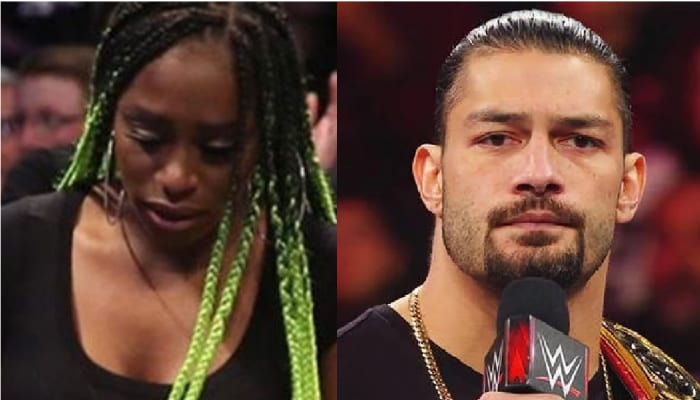 Roman Reigns is like family to the WWE locker room, but he’s actually family to a few WWE Superstars including The Usos who he is legit cousins with by blood. Reigns’ absence from WWE and his 2nd battle with leukemia is something that not only affected the WWE Universe as they rally around Reigns with a slew of support — but his family is doing the same.

Noami, who is married to Jimmy Uso revealed on Apter Chat that she knew about Reigns’ first battle with the awful disease over a decade ago — and they hoped he never had to face it again. But now that his leukemia is back, she spoke about how all of the support means so much as the Anoa’i Family and the WWE Universe provide such amazing support for The Big Dog.

“It’s always different when it hits home and as his family it’s something we’ve known about but was hoping that he would never have to face or deal with again.”

“But he’s a fighter and we know he’ll be okay. We know he’ll fight through this again and I just hope he knows how much we all love him and the fans — everything everyone’s been saying has been so moving.”

“I just hope he knows that he has our support and we’re with him. He’s not alone in this.”

We send our best to Roman Reigns as he fights this disease. He will undoubtedly be treated by the best doctors and certainly has the power and faith to beat it again. But, just in case there are times he needs support, Roman Reigns won’t have to look far.