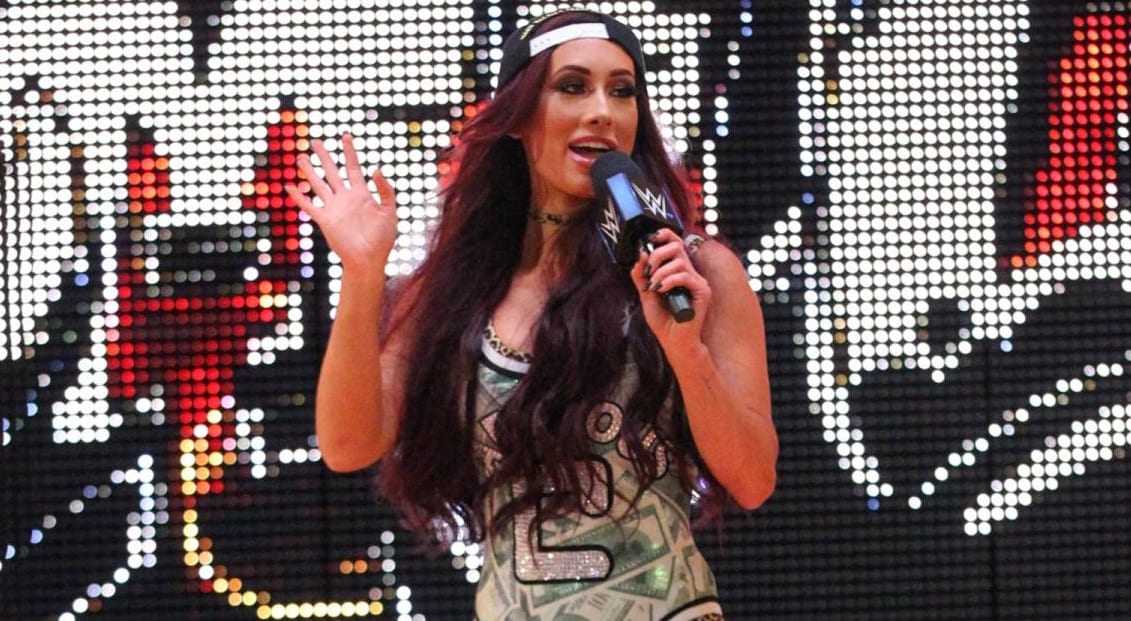 Carmella is the only person in her NXT team that is still employed by WWE at this point and she’s also the most successful. After 2 Money In The Bank ladder match wins and 131 days as SmackDown Women’s Champion — the 31-year-old has done quite well for herself.

Her newest gimmick seems to be to give fans random dance breaks in the middle of WWE programming, and although Fox Sports might want to put a stop to that — at least we have until October next year to enjoy it.

But, Zelina Vega who along with Andrade Cien Almas has apparently just been placed against one intergender match-up after another — she wants it to stop. She sent Mella a message saying: “Birthday or not.. NOBODY wants to see Carmella dance break.”

Of course, Mella didn’t let that sit for long before she gauged her fans asking: “I’m pretty sure you’re wrong… y’all want to see a dance break, am I right?” Of course, the responses have been quite favorable to random dancing.

This concept isn’t new, but it’s certainly a nice change of pace in WWE. After all, with such heavy content recently with the Saudi Arabia deal and Roman Reigns’ sad announcement of his hiatus from the company until he beats leukemia — we deserve some random dance breaks, don’t you think?

I’m pretty sure you’re wrong… y’all want to see a dance break, am I right?! https://t.co/sWKHblpTEq