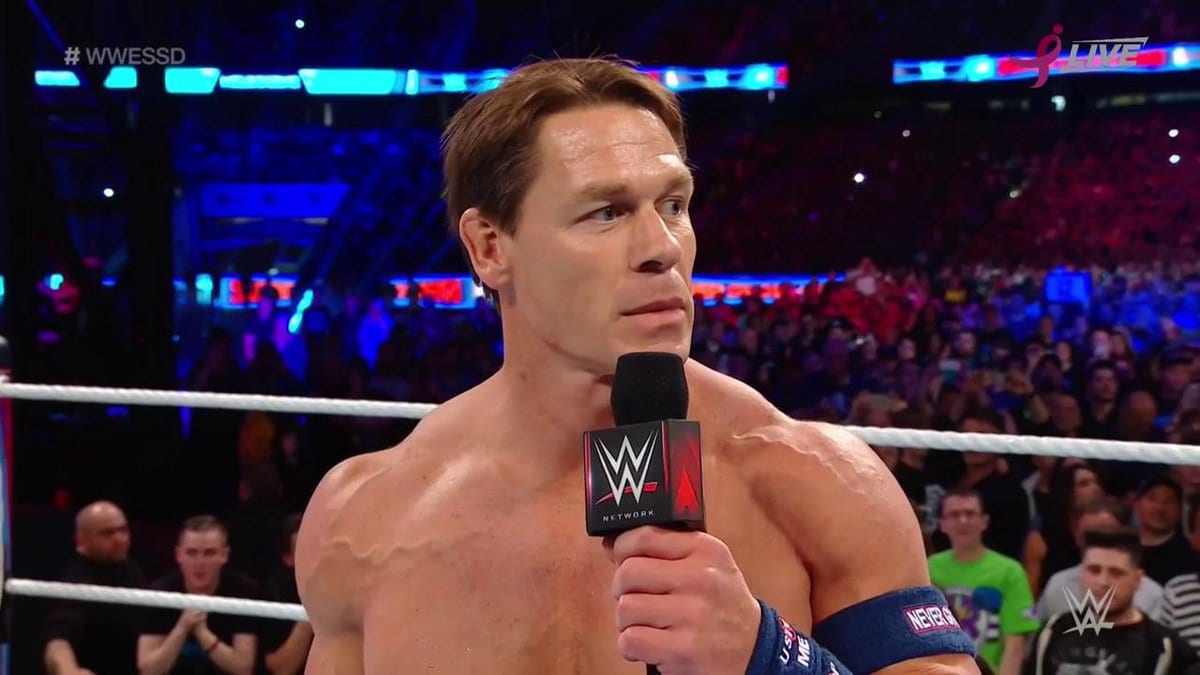 WWE’s Crown Jewel event in Saudi Arabia might have 2 less big names on the show if they actually carry on with the controversial event. A report broke out earlier yesterday saying that both John Cena and Daniel Bryan have refused to take part in the event.

We exclusively reported the reasons our sources confirmed to us for Cena and Bryan not wanting to go to Saudi Arabia. They had some very good reasons too.

Dave Meltzer expanded on this during Wrestling Observer Radio where he confirmed that WWE’s creative team was told that John Cena wouldn’t be on the Crown Jewel show, but interestingly enough, they plugged his appearance later on that night anyway.

“There was a story about Cena and Daniel Bryan obviously. I do know in the afternoon that creative was told that Cena wasn’t going to be on the show and he needed to be replaced in the tournament. Obviously, if you watched the show during the Kurt Angle segment I was waiting and there was John Cena being advertised so, did something change? Or did they just go with the idea that, ‘Well, if we do it somewhere else then we can have him go?'”

It is rather interesting if WWE’s creative team was told that Cena won’t be on the show and then they went ahead and promoted him again for the World Cup Tournament. It might be even more interesting if Daniel Bryan refuses to go and then gives up his WWE Championship match against AJ Styles in the process.

Only time will tell but the situation with WWE and Saudi Arabia doesn’t seem to be as steady as we once thought as Meltzer also admitted that the Crown Jewel event is in some major jeopardy right now.