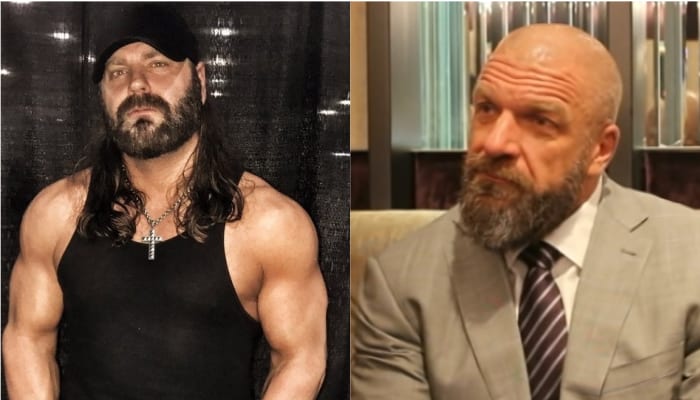 We previously reported that James Storm had a very successful outing with NXT in 2015, but in the end, Triple H advised The Cowboy to take Impact Wrestling’s guaranteed money. The Game also told Storm to get into the best shape of his life and “be show ready” which is something James has taken to heart and certainly done.

Since Triple H told Storm to take TNA’s deal and call him back in 2 years, it seems he has done just that. While speaking to I Left My Wallet in Greg Polanco, James Storm revealed how the conversation went when he called Triple H about 6 months ago to check back in on his chance of NXT or WWE needing his services.

“It’s one of those things like with Hunter about 6 months ago I called him and he said, ‘Right now,’ back when they were doing WrestleMania and trying to get to the WrestleMania blah, blah, blah and we start over July or August something like that. He goes: ‘If we have something I’ll definitely give you a buzz,’ and I was like, ‘Alright, sounds good to me.'”

“To me, it’s all about timing and it’s like Hunter said: ‘Be show ready cause you never know when I’ll give you a call. Be out here doing the indie shows so you don’t have ring rust and just be show ready.'”

Storm said that being in a tag team for so long had gotten him used to not being a stand-out character, but at this point, he is able to do anything WWE needs to get done.

Only time will tell if and when Triple H will give James Storm a call, but he’s certainly ready and in the best shape of his life. The only problem is that his indie wrestling calendar is booked solid for quite a while in more than just the United States.